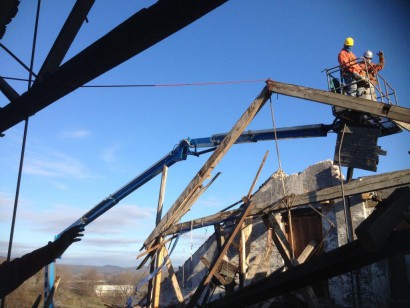 Originally settled as an agricultural community, Holyoke, Massachusetts soon became one of New England’s chief centers of industry. As industry developed within the United States and the 1845 railroad expansion brought more travelers through the area, interest developed in the natural formation of the river at Holyoke. With the Connecticut River being the largest in New England and the bend in the river at this location being the site of the largest drop of 57 feet, the potential for a canal system at this site and the water power it could generate became apparent. 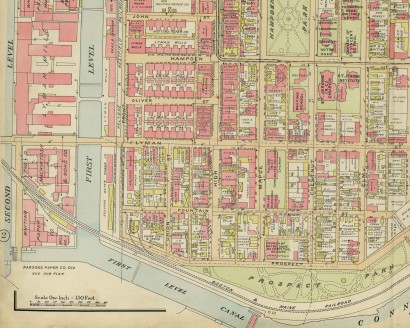 In 1847 a group of investors formed the Hadley Falls Company. With a plan to build a canal system to power textile mills and construct the accompanying infrastructure for a new industrial city, they purchased 1,100 acres in the bend of the Connecticut River. Water would be channeled from the river, run though a gatehouse at the top of the system, then course through three canals past wheels, turbines and through smaller tunnels, and eventually drop back into the river.

1847 saw construction begin on both the canal system as well as the first Connecticut River dam in Holyoke. Upon completion on November 16, 1848, the gates were closed and water rose behind the dam which, to the dismay of investors and citizens, was washed away within three hours. Just months later, in April of 1849, work began on a second dam, which took seven months to complete, 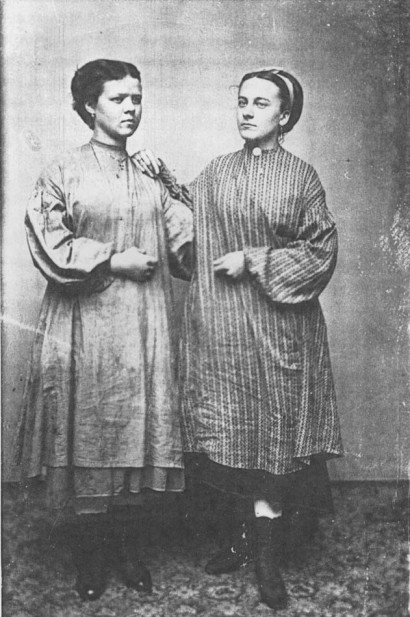 and then lasted over 50 years until a third and final dam was put in place just below it in 1900. The canals were hand dug by men with shovels and picks. From 1847 to 1893, they dug out the earth bit by bit for removal by horse drawn wagons. Once finished, three canals, lined with locally quarried sandstone, ran a total of 4.5 miles.

Although wages were very low and conditions hard in the city’s mills, women and men came to Holyoke by the thousands to better their lives and to send home to their families any saved wages. Turbines were introduced in 1850. These modified waterwheels, physically turned the machines inside the mills, utilizing a system of belts, pulleys, gears, and shafts. Mills on the canals produced a range of products. Textile mills came first, and paper mills followed. Other products generated by the city’s mills included wire, thread, and worsted yarns. In 1855, water power was converted to electricity. Water then became the indirect source of power, as this electricity became the force that moved the mechanics of the machinery.  With the introduction of electric gas lighting, the mills of Holyoke were capable of running at full steam, “24-7” as we would say today.

The Hampden Mills building at 109 Lyman Street is a five-story mill of roughly 65,000 square feet. The Greek Revival style mill building was constructed in 1855 by the Hadley Falls Company. Patrick T. Jackson, a Boston financier and substantial stockholder, owned the building and produced fine specialty cloth. 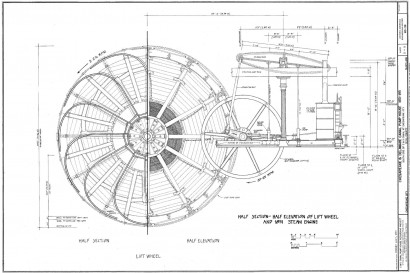 In 1875 Hampden Mills ceased production at 109 Lyman Street and the mill was purchased by The D. Mackintosh & Sons company. Years earlier, owner Donald Mackintosh had worked for 12 years for Hampden Mills in charge of their dyeing department. Now he was purchasing the building for his own business. Under his leadership, his new company prospered. Cotton was dyed in bulk here, an innovative process at the time, and the mills became one of the largest dyeing mills in the United States. The business remained in operation in Holyoke until 1952.

The city of Holyoke during the second half of the 1800s grew incredibly in size and at a very rapid pace in order to keep up with the demands of industrial production. Historians have stated that by 1905 the Industrial boom in Holyoke had come to an end. At the end of World War One, mills began to close in the city as well as the state. Smaller businesses came to take up residence in the buildings as tenants, diversifying the economic base of the buildings as well as the city. 109 Lyman Street saw several tenants under its roof in the second half of the twentieth century, including the Electric Game Company. Its owner, Holyoke native and game inventor Jim Prentice, employed 140 people who manufactured his now collectible electric sports board games, such as Electric Baseball, Football, Hockey and Basketball. The address was also used for a warehouse for Spalding Sporting equipment. 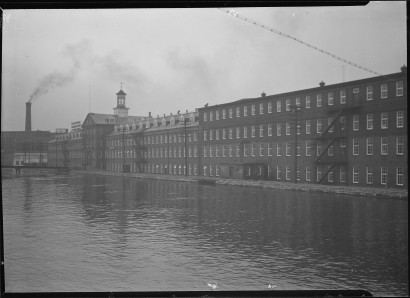 In most recent years, the mill walls for a smaller component of the mill complex have protected an unusual and vast collection of historical Holyoke memorabilia, collected by contractor Jim Curran. Referred to as “The Wherehouse?”, a banquet and event space nestled amongst these historical treasures, this informal museum has become a well known and unique place to hold a function in Holyoke.

The quality of the wood in this larger building warranted careful dismantling and it was executed with great skill by a local company with close ties to the neighborhood.  Working largely by hand, the crew was able to save virtually every stick in the building.  We yielded some astounding Hemlock decking 3” thick and up to 28” wide.  The top floor was framed with virgin growth White Pine 6” x 15” timbers.  The lower floors were top grade 6” x 15” Longleaf Pine beams (our favorite).  The work began in 2015 and continued through 2016.  We look forward to milling this great wood through 2017.

Our Photographs of the Demolition Process 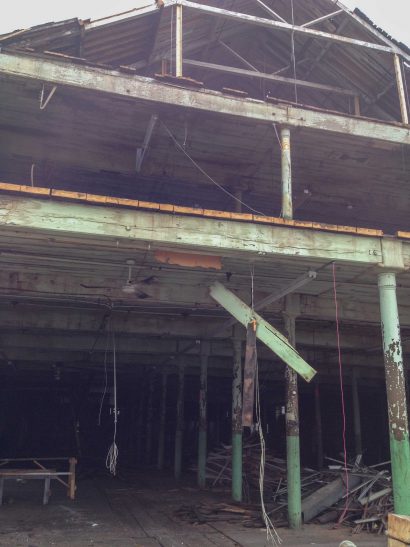 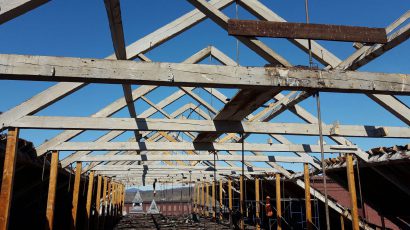 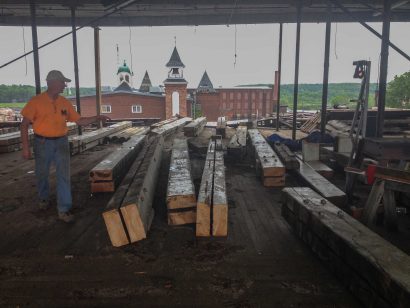 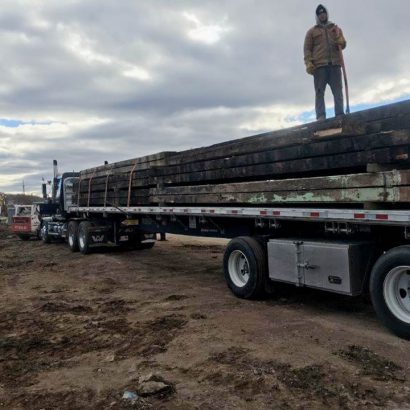