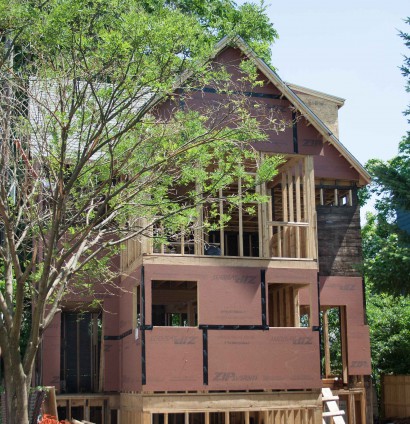 This modest Cambridge residence was built in 1854, the same year the world’s first oil well was drilled and the Boston Public Library opened.  Located on an alley-sized side street outside of Inman Square, the 1,000 square foot building is being gut-renovated to expand the size of the attic and include a small side addition. 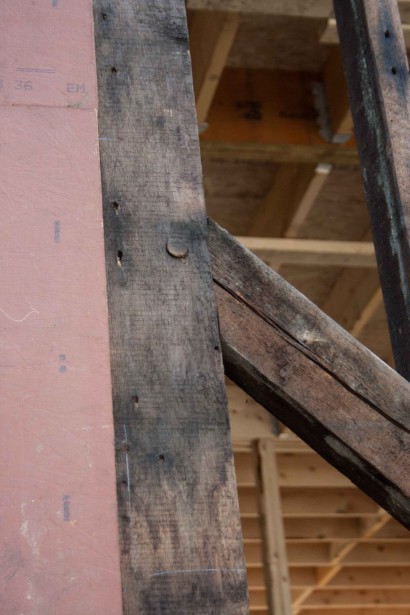 ter peeling back a layer of siding, carpenters discovered the original eastern white pine sheathing used to clad the house.  The boards (some with live edges) were just thick enough to be milled down into our Rustic White Pine grade flooring and paneling.  Some of the pieces were near plywood-sized sheets over two feet wide.  We’ve salvaged much of this siding, along with some of the spruce joists used in the original framing of the house.

The trees logged to build this home were likely virgin-growth white pines from New England or the upper Midwest – relics of pre-revolutionary American forests.  After being logged, sawn, and shipped to Boston-area lumberyards, the material would have been purchased by local builders for the construction of this pre-Civil War structure.  Young boys raised in 22 Murdock may very well have fought the Confederate armies a decade later.

De-nailing aside, it’s tremendous fun to mill and recycle American natural resources in their three hundredth year of reuse.  We’ll be sure to post photos of the finished product.

Our photographs of the salvage process: 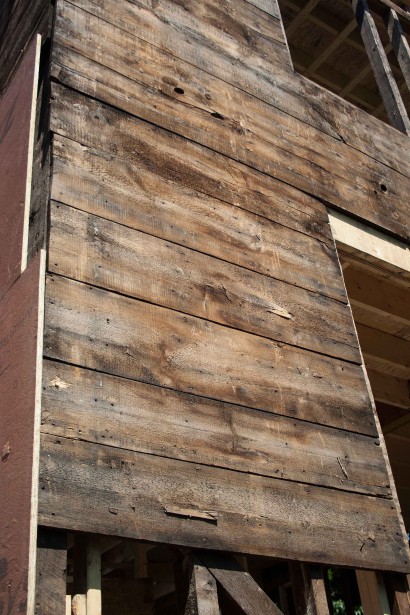 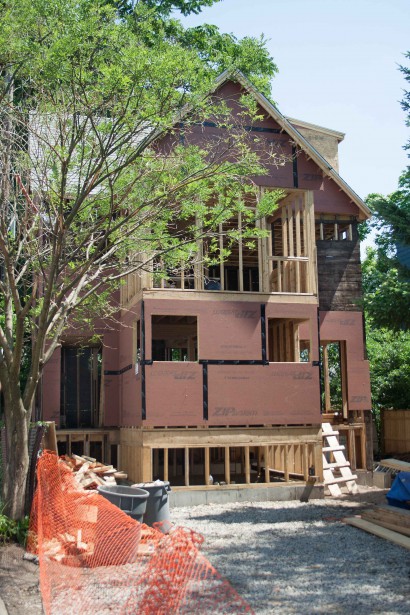