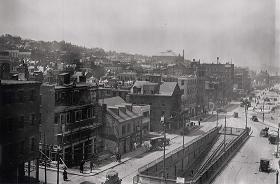 This 1891 Cigar Factory Building was built as a five-story structure by Edgar Allen Poe Newcomb for the manufacturing of cigars by Alles & Fisher, a cigar company founded in Cambridge, MA in 1863.  They occupied the building until 1918, when they ceased cigar production.  Their retail store operated on the street level of the building.

The building was later occupied by several different business, including drug wholesale and manufacturing firms in the 1920s and '30s.  Over the years, the retail space on the ground floor was rented to tailors, cabinetmakers, and other proprietors. 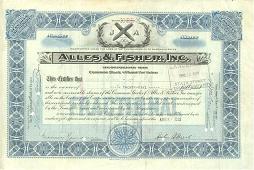 The current project involves renovating and returning the original top two floors to the existing structure to create loft condominium residences with a roof garden and commercial space on the lower levels.  During the construction process, timbers were carefully removed from the building and salvaged to provide stock for re-milled flooring from the antique beams.  Some of this flooring - high-quality quartersawn Heart Pine - will be reused in the foyer of the renovated building.