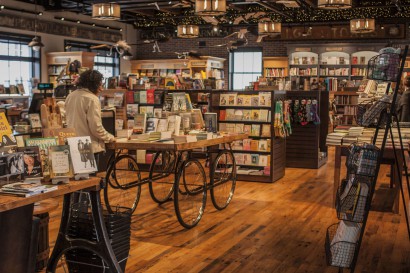 Jeff Kinney runs a bookstore, coffee shop, and events space – all in the same award-winning and reclaimed wood-filled building. He is also author of the venerated Diary of a Wimpy Kid illustrated children’s book series. The entrepreneur’s Plainville, MA mixed-use project – which we are proud to have played a role in –  was a labor of love for his family from 2012-2015. 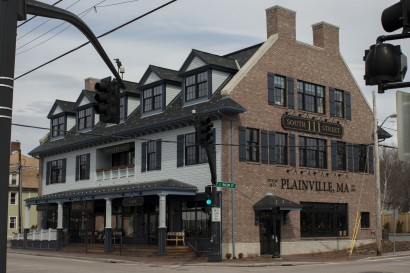 The Plainville, MA South Street structure dates back to the 1850s and was most recently a general store (Falk’s Market) but has also served as neighborhood barbershop and drugstore. After purchasing the 111 South Street property in 2012, the Kinneys discovered that the vacant building had fallen into such disrepair as to be unsalvageable. So, after razing the structure, they began building a reproduction building, complete with hand-painted replica signs. The resulting three-story Federal Wharf-style building occupies a full block and presents a faithful, welcoming façade.

The Kinneys’ project goals were to capture the spirit and local flavor of the old Falk’s Market while providing a new bookstore and community space. The construction and design teams worked with an admirable dedication to sustainability and reached out to Longleaf Lumber for reclaimed building materials to add a richness of character, respect the lot’s history, and tread gently on the environment. With the help of design firm Bergmeyer Associates, the Kinneys have successfully incorporated reclaimed maple, reclaimed American chestnut, reclaimed Heart Pine beams, reclaimed barn board, and reclaimed Heart Pine decking into their new structure, called ‘An Unlikely Story’. 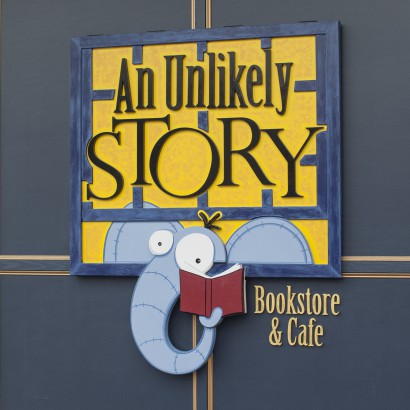 The new building opened in May of 2015 and now serves as a gathering place for local theater productions, yoga classes, ballroom dancing, workshops, and more. Inside, visitors’ eyes are treated to a visual feast: reclaimed wood floors salvaged from the old Nutty Buddy factory in Dorchester, colorful books, warm lighting, and an exposed reclaimed Heart Pine beam and decking ceiling (meticulously salvaged from the Atlas Warehouse in nearby Providence, RI). Reclaimed hemlock and American chestnut wall paneling and barn siding were salvaged from a Massachusetts dairy barn.

This project, coordinated by Bergmeyer Associates, recently won A.R.E. awards in three categories – including flooring. You can read more about the reclaimed flooring and beams provided by Longleaf Lumber here. Additional images of this project can be found in our Commercial Gallery.

OUR PHOTOGRAPHS OF THE COMPLETED SPACE 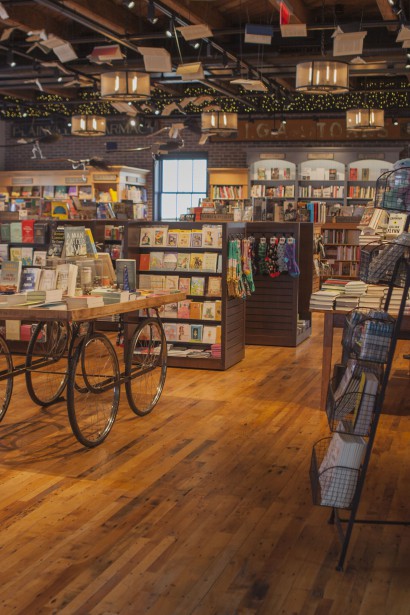 In addition to flooring, reclaimed Heart Pine beams and decking were salvaged for this project. Material came from Providence, RI and Lexington, KY. 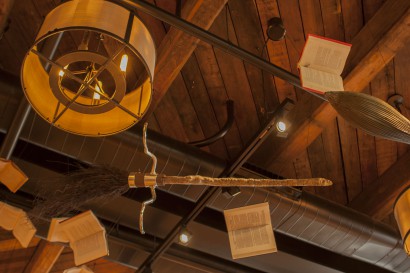 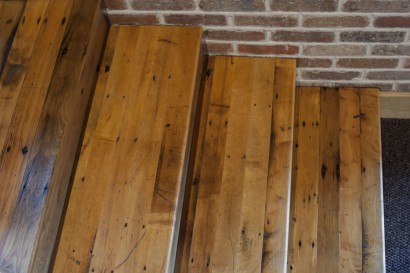 Reclaimed Factory Maple was used on the stairs. 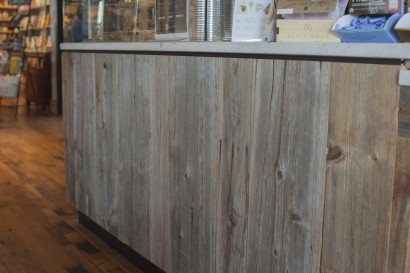 Barn board wrapping the counters was salvaged from a Massachusetts dairy barn. 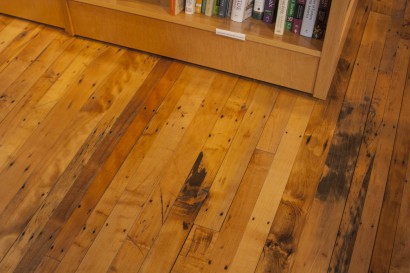 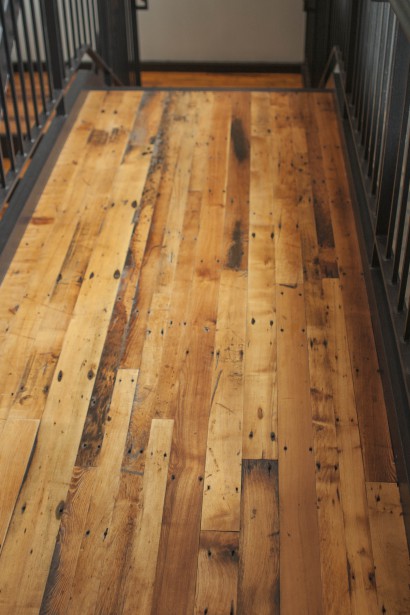 Reclaimed Factory Maple on the landing.