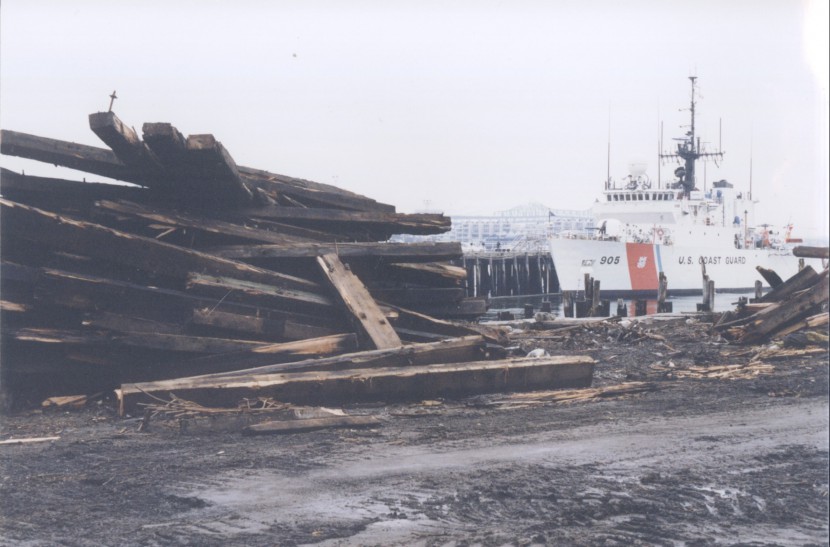 The North Battery of Boston Harbor was built by Major-General John Leverett in 1646 at the bottom of Copp’s Hill at Merry’s Point. We now know the location as Battery Wharf. This battery was built from timbers and filled with earth. A strategic point of defense, it covered both the mouth of the Charles River and the harbor. It was maintained with men and arms until the end of the Revolution. 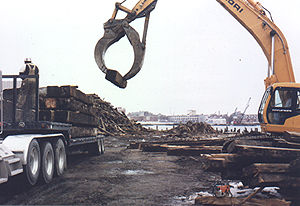 In 1706, the battery was expanded to 40 feet in width and extended 120 feet. It was sold to Jeffrey & Russell (in the late 1780s) and became known as Jeffrey’s Wharf, one of many in the harbor. For decades, large industrial warehouses stood on wood pilings driven into the harbor -- just over half of the 4.5 acre site is built over water. Over the years Battery Wharf was used to store bulk cotton and hay and also served as a steamship pier. 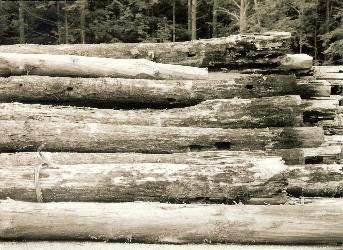 More recently, the location was occupied for many years by the Bay State Lobster and Seafood Company. To make way for a current renovation, a massive demolition project was undertaken. Many of the existing oak wharf pilings have been removed from the harbor. New concrete pilings will take their place and support new buildings. We were able to salvage these old oak pilings and are currently drying and re-milling them. 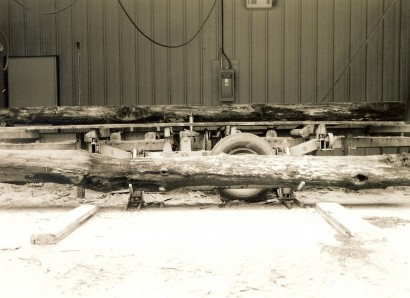 Battery Wharf has been re-built as a mixed used-development project that includes high-end condominiums, a luxury hotel, underground parking and marine dockage, retail space, a spa and fitness center, a restaurant, and a park. The 475,000 square foot project is comprised of four separate buildings. The initial ground-breaking ceremony occurred in 2001. 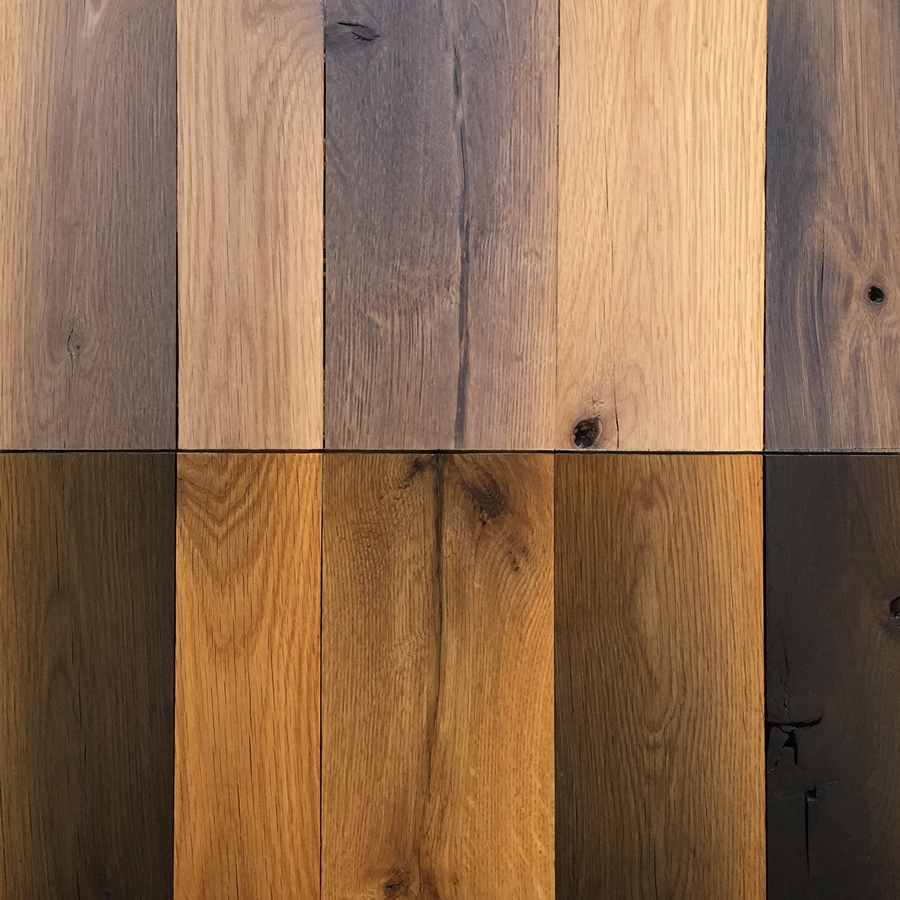 This panel board shows finished flooring from this Battery Wharf stock. The color of the boards is beautiful, with unusual black striations that add to the character. We milled this material in widths from 2.5" to 8", with a tongue and groove.

* BLOG UPDATE: After doing more research on the history of Battery Wharf, we discovered that Battery Wharf was renovated on several occasions over the years. It was originally built in 1646, and then rebuilt or expanded in 1706, 1744, and 1813. In 1831 it was purchased by Paul Revere’s son Joseph Warren Revere who by 1852 had expanded it yet again. It was rebuilt for the last time in the 1890s. We salvaged our wood pilings in 2001 during the most recent 2001 demolition. Perhaps these pilings made it through the various re-builds which would mean they date back to 1646. Or they may “just” date back to the 1890s.