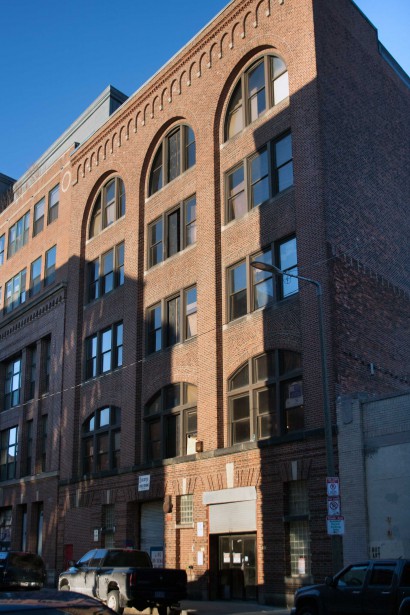 Built to stable the New England institution Jordan Marsh & Company’s horses, this ornate Harrison Avenue brick building was home to five stories of working industrial stables, complete with ramps, troughs, and horse showers.  Long since made obsolete by the automobile, the building has since housed a number of businesses, including longtime tenant Decore Upholstering. 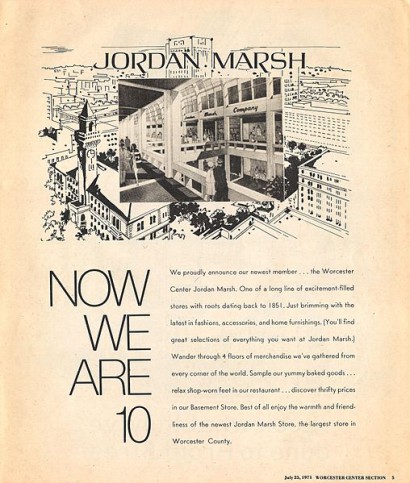 A legendary Boston-based chain of department stores, Jordan Marsh & Company grew from humble 1841 wholesale beginnings to  national prominence, along the way helping to usher in a new era of American shopping culture.  Flagship stores featured department shopping, concerts, in-house bakeries, and other trailblazing attractions.  For many, the Jordan Marsh shopping experience was a staple of 20th century American life.

Before widespread adoption of the horseless carriage, Jordan Marsh’s transportation needs were handled by teams of animals stabled in this South End building.  One century, millions of automobiles, and a globalized economy later, business has changed drastically for large retailers, Jordan Marsh included.  In 1996, after a series of mergers, consolidations, and leveraged buyouts, the last Jordan Marsh department store officially transitioned to a Macy’s nameplate. 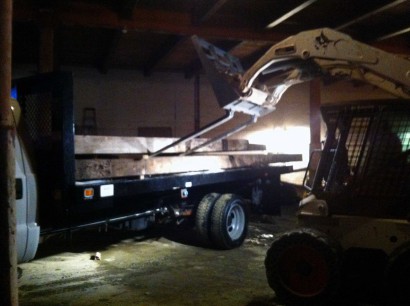 To meet strict Boston building codes, the structure must have the highly flammable original wooden building materials removed and replaced with steel and concrete.  Excavating the beams is a tricky business, as the space was originally intended only for horse and carriage, not large trucks and demolition machinery.

Our photographs of the demolition process 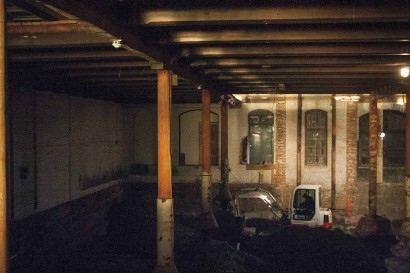 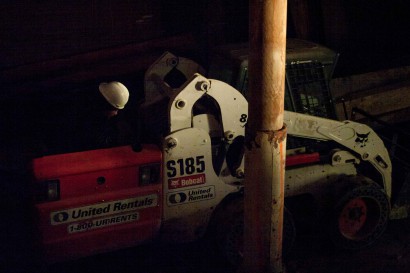 THe salvaged timbers on their way to the Longleaf mill 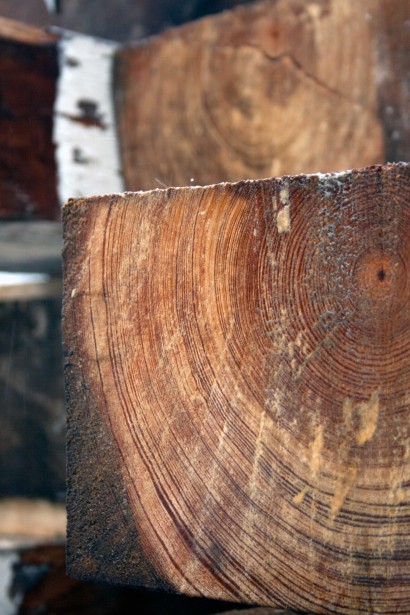