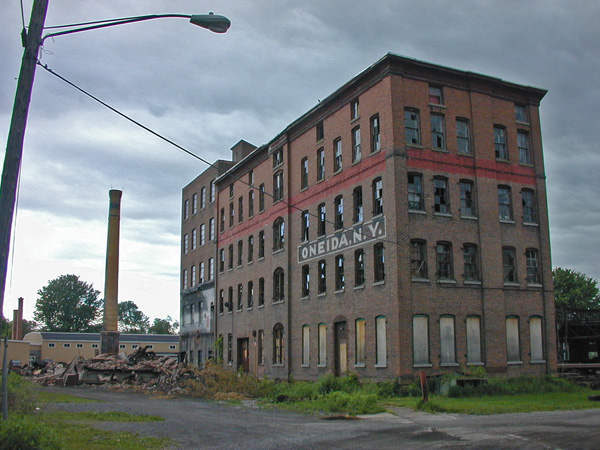 Longleaf Lumber has salvaged flooring and timbers from the old National Casket Company factory in Oneida, New York.  Built in 1879, the company became the second largest coffin and undertaker supply manufacturer in the United States. 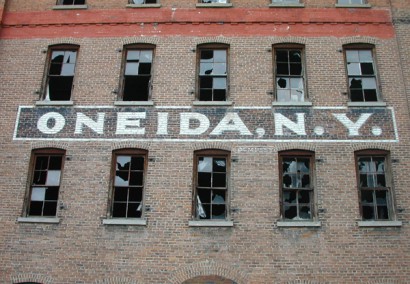 In 1967, the company ceased operations at their Oneida factory, continuing to produce caskets on a smaller scale in Boston, Massachusetts. After being abandoned for 40 years, the warehouse was severely damaged by fire.  Longleaf Lumber was lucky enough to salvage large oak timbers and maple flooring from the site during the demolition process.