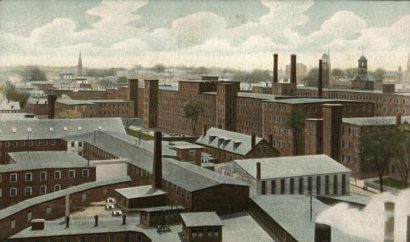 The stately Pepperell Mill campus in Biddeford, Maine was once a bustling manufacturing complex producing linens, blankets, and towels. Today, the mills have been renovated to make room for apartments, businesses, and a community events space. Longleaf Lumber was lucky to reclaimed Heart Pine beams from the demolition and renovation activities at this Southern Maine landmark. 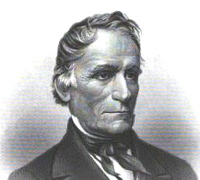 The mills’ history begins in 1844, when textile investor and pioneer Samuel Batchelder acquired a defunct cotton mill on the banks of the Saco River in Biddeford, Maine. Soonafter, Batchelder was granted a charter for the Pepperell Manufacturing Company, which was named after a Maine soldier and merchant. When the company formally organized in 1850, construction began on a second Saco River building for the ensuing textile manufacturing venture. The first bedsheet bearing the Pepperell name was produced at the facility in 1851.

The Pepperell Manufacturing Company was thriving by the mid 1860s, making sheets, shirting, and jeans. Over the following years, various mergers and acquisitions were carried out and new mill buildings were constructed. In 1966, Pepperell introduced the revolutionary Vellux blanket, which was manufactured in Biddeford for the next 40 years, using a top-secret process. 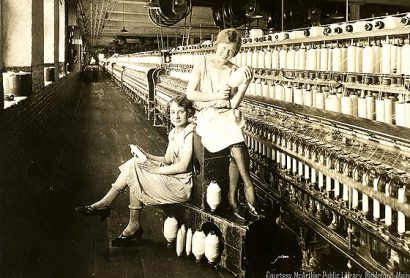 For years, the Saco River was a multipurpose friend to the mills; It provided power for machinery, a means to dispense of waste, and a route for transporting goods to the ocean. As was the case in mill towns throughout New England, workers came to the Biddeford-Saco area by the thousands to fill newly-created jobs. By 1900, one-fourth of Biddeford’s residents were millworkers. At the height of Biddeford-Saco’s industrial growth, area mills employed upwards of 12,000 people.

According to the Pepperell Manufacturing Company, their Maine mills manufactured over 1,030,604,502 yard of cloth between 1899 and 1915. This impressive output dwindled in the 20th century, however, as electricity began powering industrial machinery and mills in the American South became more profitable. The first mill in Biddeford closed in 1957 and the rest slowly followed. By the 21st century, millions of square feet of indoor space lay vacant. The last mill closed its doors in 2009. 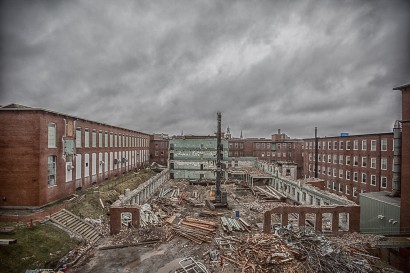 The above image was taken by Russell Caron Wedding Photography in Biddeford, Maine.
Russell Caron took some amazing pictures and video of this demolition project.

The reclaimed Heart Pine wood salvaged from Pepperell Mills was sourced from Building 16 of the complex, which was demolished to make room for parking and green space for the remaining structures. Building 16 was a traditional wood frame and brick façade building, constructed in typical style of the time. The Heart Pine beams were recovered in good shape and needed only a short-haul trucking to our reclaimed lumber mill in nearby Berwick, Maine. 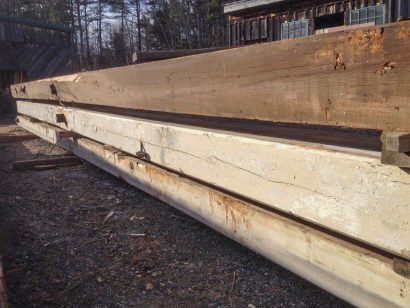