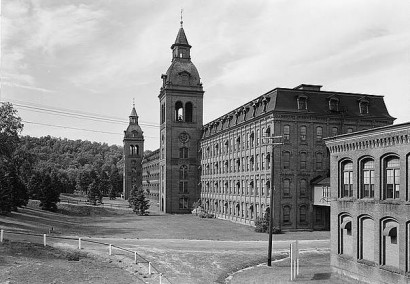 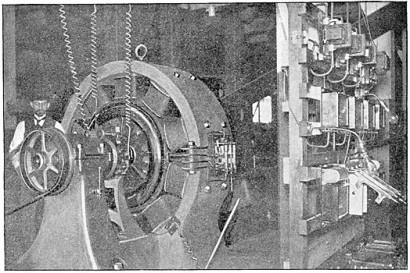 Construction on the Ponemah Mills began in 1866, when the manufacturing complex was then known as the Taftville Mills. Sited on the banks of the Shetucket River, the cotton mill buildings were to be powered by a large nearby dam.

Originally built by Mr. Edward P. Taft, of nearby Providence, Rhode Island, the building was sited on a 600-acre plot of land serviced by both the Norwich & Worcester Railroad and Shetucket River. The first building of the Taftville Mills complex boasted a footprint of 150 feet in length and 75 feet in width. The associated 228-foot long wheel pit was blasted from solid rock.

In 1871, the Taftville Mills were renamed the Ponemah Mills. As demand for product increased, the Ponemah Mills company constructed additional mill buildings in 1884, 1902, and 1910. At their industrial peak, the mills employed 1,500 individuals and operated 265,000 spindles and 4,000 looms. 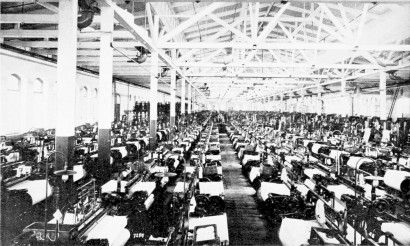 Considered by many to be one of the leading cotton textile mills in the U.S., the Ponemah Mills were amongst the first American manufacturers to import Egyptian cotton and produce ‘fine cotton’ goods. Later, during the national proliferation of electricity, Ponemah was the first cotton mill to be powered by long-distance transmitted electricity. 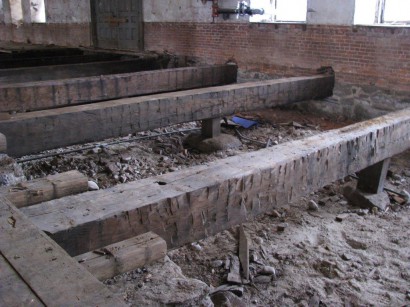 These hand-hewn chestnut beams were gingerly salvaged and loaded onto a truck headed for our Berwick, ME reclaimed lumber mill. There, they were sawn, kiln-dried, and milled into wide plank chestnut flooring.

Despite the buildings’ age and wear, the Ponemah Mills are slated for renovation and reuse. The development project is currently stalled, but we’re glad that neighbors and businesspeople alike have recognized the importance of preserving this very special bit of New England industrial history.

Our Photographs of the Salvage Process: 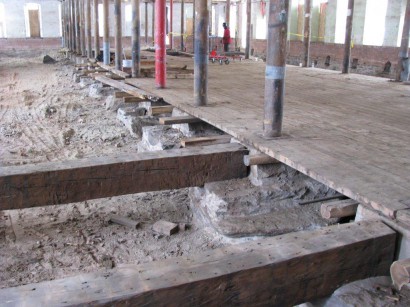 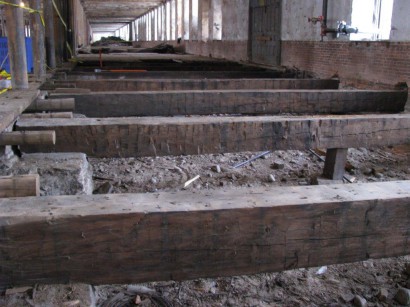