Inspired by the colors and textures of the Japanese wood burning technique known as shou sugi ban, Longleaf Lumber is now customizing and selling charred reclaimed wood to our customers. 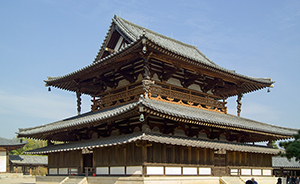 Shou sugi ban, also known as yakisugi, translates as “the burning of Japanese cedar” or “burnt cedar board” and has been common practice in Japan as far back as the 1700s. The process, which involves strategically burning the surface of a wooden plank, creates a layer of sealing char that was initially employed as a method of preserving cedar boards, making them more fire retardant, resistant to rot and insects, and maintenance-light. Some claim that charred wood siding can last between 80 and 100 years without maintenance, and much longer if oiled periodically. The oldest wood building in the word – the Hōryū-ji Temple in Japan – was constructed using the shou sugi ban technique in 711 AD.

The traditional method involves taking three boards, lacing them together lengthwise in a triangular shape, and building a controlled fire inside the resultant chamber. Once the fire has burned the inside surfaces, the boards are released and the flames extinguished with water. A more modern methodology utilizes a blowtorch to similar effect. The cellulose in the wood is burned away, leaving behind the harder lignin, which requires a higher temperature and longer exposure to flame to re-ignite. 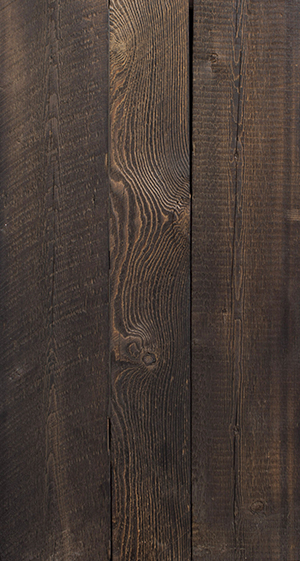 The charred wooden boards are sometimes then doused with water and cooled. Later, boards are cleaned with water or brushed dry, thus removing soot that accumulated on the surface. This brushing can also help push fine particles of char back into the wood grain. When the wood is dry, it can be installed ‘as-is’ or finished with oil or a sealer. Sealing will help keep char from rubbing off on people and their clothing.

Several factors caused shou sugi ban to decline in popularity 100 years ago, but the early 2000s saw a resurgence in the technique in Japan, which quickly spread around the world. Although shou sugi ban has historically been used on Japanese cedar (Cryptomeria japonica) destined for exterior siding applications, it is now being used on other species and for interior applications, such as wall and ceiling paneling.

Because we work with small batches of reclaimed wood and are just beginning to experiment with charred wood, we can tailor our end result, producing a completely custom product that is both practical and beautiful.

The following images show an experimental charred wood project at our mill in Berwick, Maine. Both the designer and contractor for the project were on hand to help us fine tune the burn to meet their exact aesthetic expectations. They even got to do a little burning themselves! 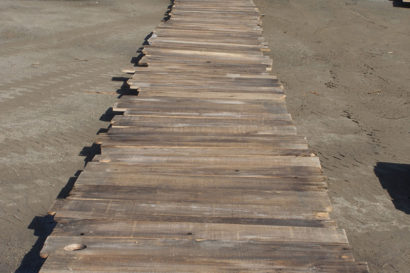 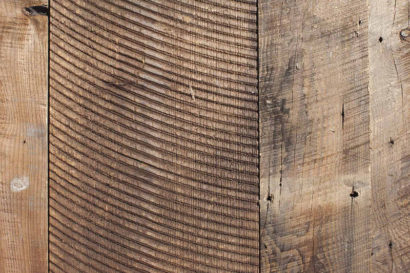 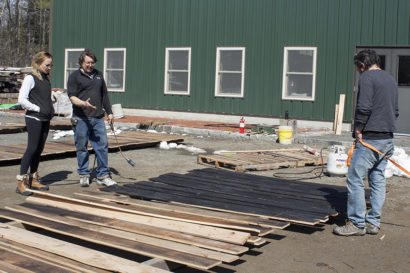 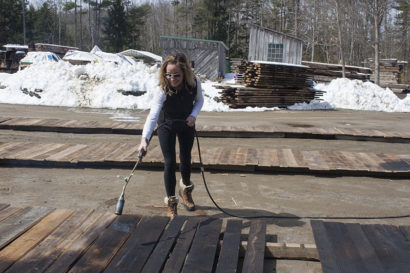 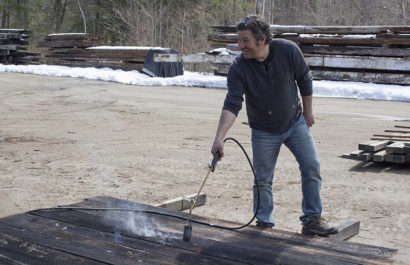 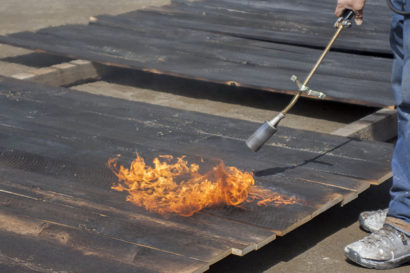 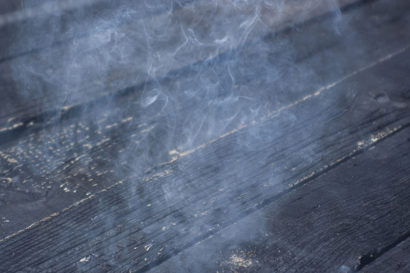 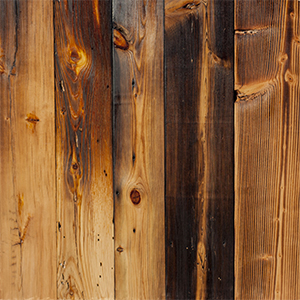 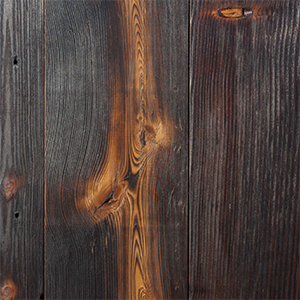 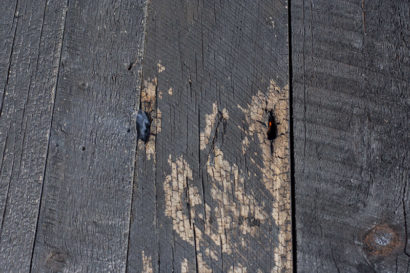