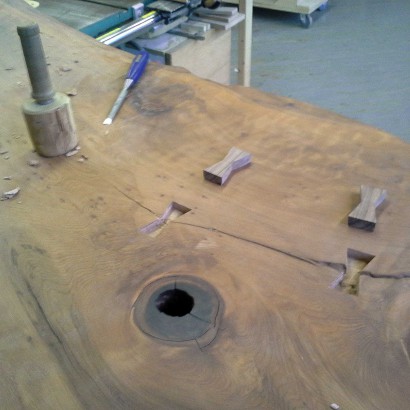 It’s been amazing to watch customers turn our salvaged redwood slabs into tables, bars, counters, and other incredible pieces of furniture.

Michael Landberg from Landberg Designs is one such customer.  Working on a commission referred to him by local Cambridge furniture store Reside, Michael left our warehouse with a raw redwood slab, which he returned to his workshop in Stow, Massachusetts. 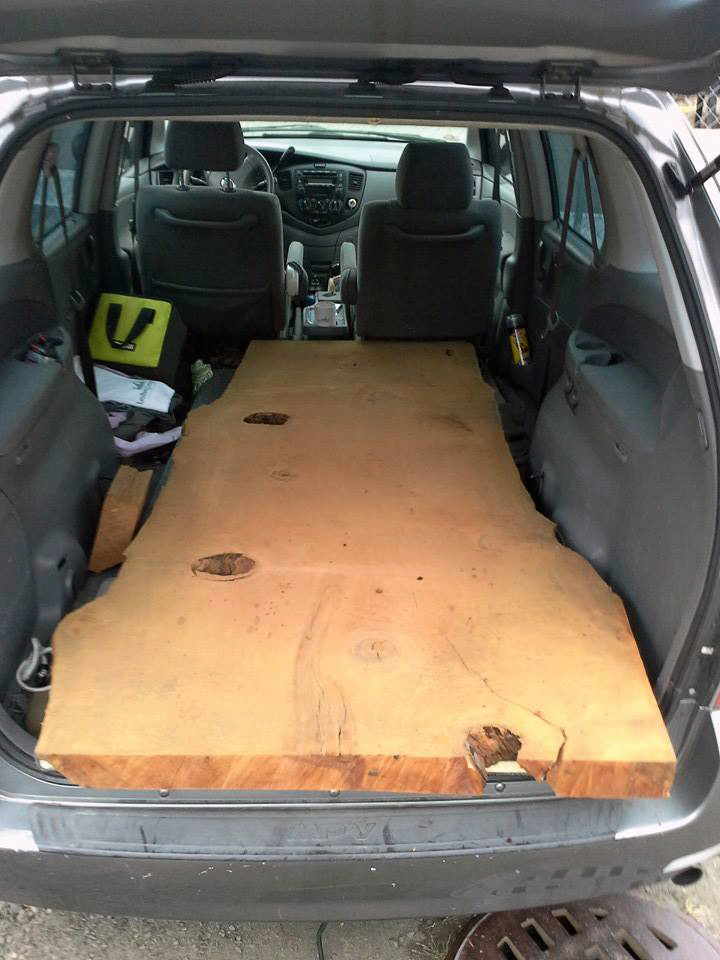 The slab, which was salvaged from the leftover mega-slash of 20th century west coast logging operations, weighed in at approximately 450 pounds, and was 84″ long, 52″ wide, and 4″ thick. It featured live edges on both sides, and five major character knots.  Here’s the slab after a rough sanding, as Michael brought out figure and smoothed out the live edges of the piece: 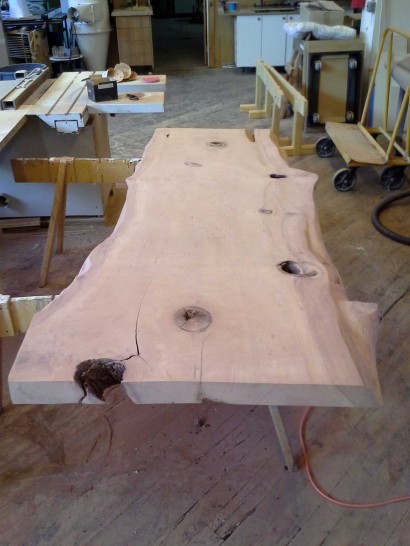 Some of the knots in this particular slab were approximately 5″, creating a unique design challenge for Michael.  He opted to knock some of the knots out, and fill voids in others with epoxy.  Checking in the slab was mitigated with walnut dutchman patches, which Michael cut and knocked into the slab with a mallet.

With the walnut bowties sanded flush to the redwood, Michael applied three coats of finish to the slab, and affixed metal legs designed by his client and custom-fabricated in Woburn, Massachusetts. 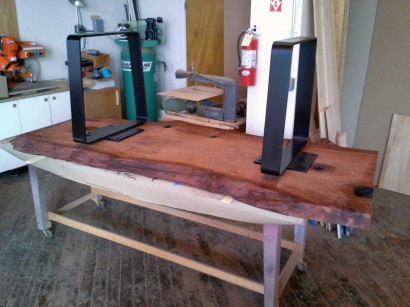 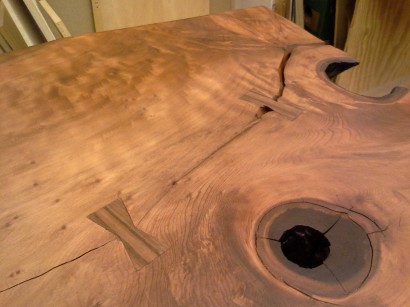 The final product looks fantastic. Longleaf still has over 100 redwood slabs of all shapes and sizes stocked in our Cambridge warehouse. Each slab is unique – there are live edges, large void slabs, and figure of all sorts: birds-eye, quilting, curl, spalting, crotch grain, and more.