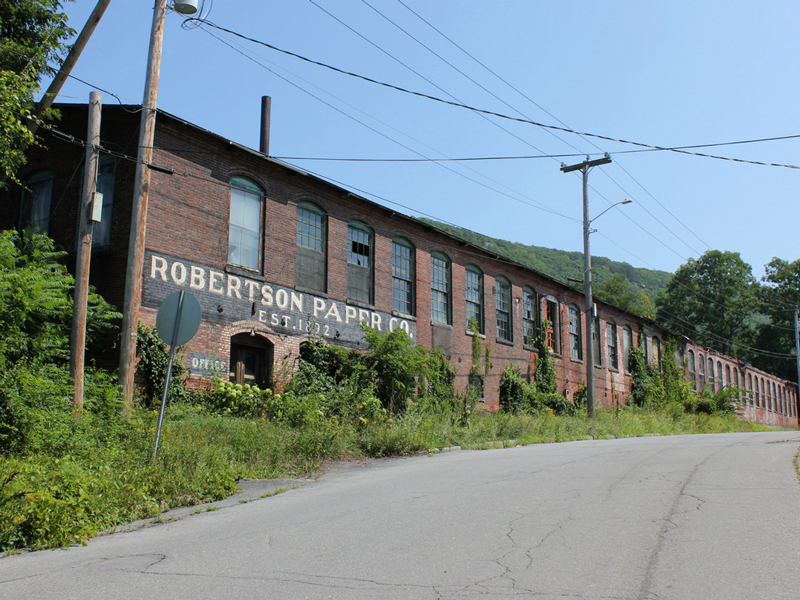 The problem was a 52-foot drop in the river at Great Falls where the Connecticut River bends around the town of Bellows Falls, Vermont. The solution was an adjacent canal through the center of town that would allow boats to bypass the falls and navigate the river. Subsequent mill buildings would tap into the river’s power here, employ workers, produce goods, and transform the area into a significant trade and transportation center. 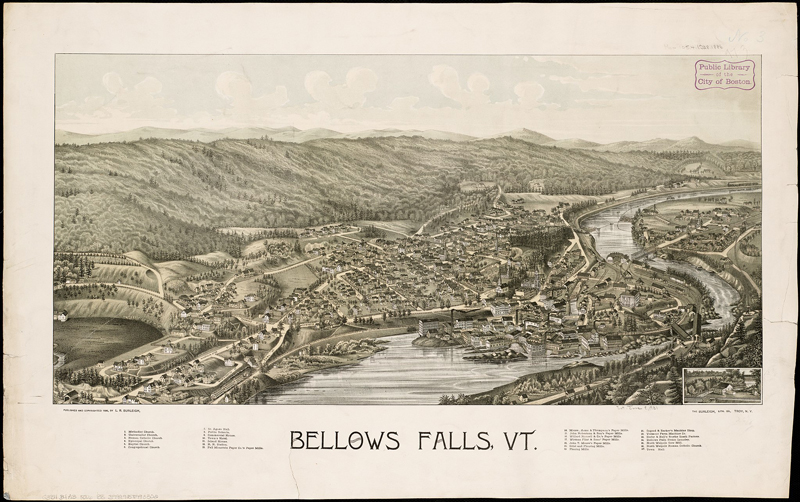 The Bellows Falls Canal, one of the first canals in the United States, was built with nine-locks between 1791 and 1802 by a British firm chartered to create 250 miles of clear passage on the Connecticut River. Originally 22 feet wide and only 4-6 feet deep, the canal was expanded twice, to a final width in 1928 of 100 feet and a depth of 29 feet.

The first paper mill in 1802 was followed by factories producing goods such as farm machinery, organs, furniture, carriages, and rifles. Initially harnessing the canal's direct water power, industry later utilized water-powered turbines which created the electricity in demand. Part and parcel with the expansion of industry was the mid 1800s entrance of the railroad which further fueled industry, tourism and population. 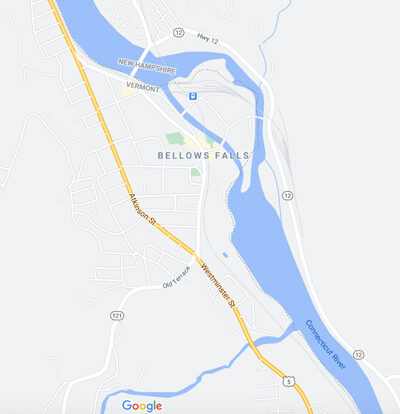 creating a 30-acre “island” of land, an important junction connected to both New Hampshire and Vermont by bridges and railroad lines. As the Island’s character transformed from a rural landscape to one with large-scale industrial enterprises, Bellows Falls became one of the largest centers of paper manufacturing in the state. In 1892 C.W. Osgood & Son, built a large building on Island Street where they manufactured paper making machinery. Over the subsequent years the company would grow, change names, and add several more buildings to the complex, finally merging with Robertson Paper Company in 1907.

Founded in 1881 on the south end of the Island, Robertson Paper had grown from a single machine operation into one of the largest manufacturers of waxed paper in the country. For decades, the company produced various forms of paper, and they were the longest-lived paper company in Vermont when they finally shut their doors in 1987. In its final years the complex was used by Green Mountain Specialties, another paper manufacturer. 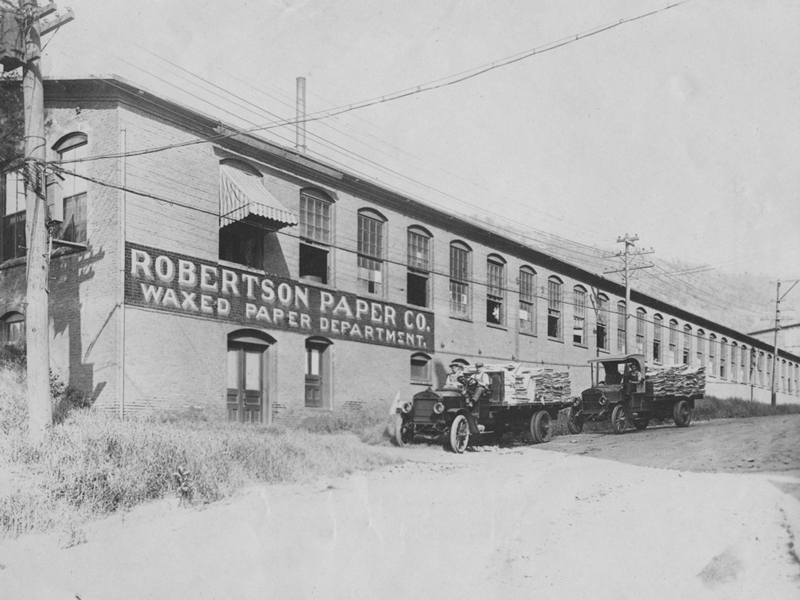 In 1990 the complex of Robbie Paper (as it was known locally and by the generations of families employed there) was put on the National Register of Historic Places. Built of brick, the largest building in the complex was 272’ long by 60’ wide. It had 34 bays in the street facade, segmental arched window openings, and a monitor at the roof. At least seven other structures built over the years were intertwined on the one acre lot.

Redevelopment efforts in the coming years revealed that decades of paper making had contaminated the soil and years of neglect had rendered the buildings beyond rehabilitation and unsafe for occupancy. They also contained lead, arsenic, asbestos, petroleum and toxic compounds. Focus shifted in 2019 from redevelopment to an incredible effort of demolition and remediation. 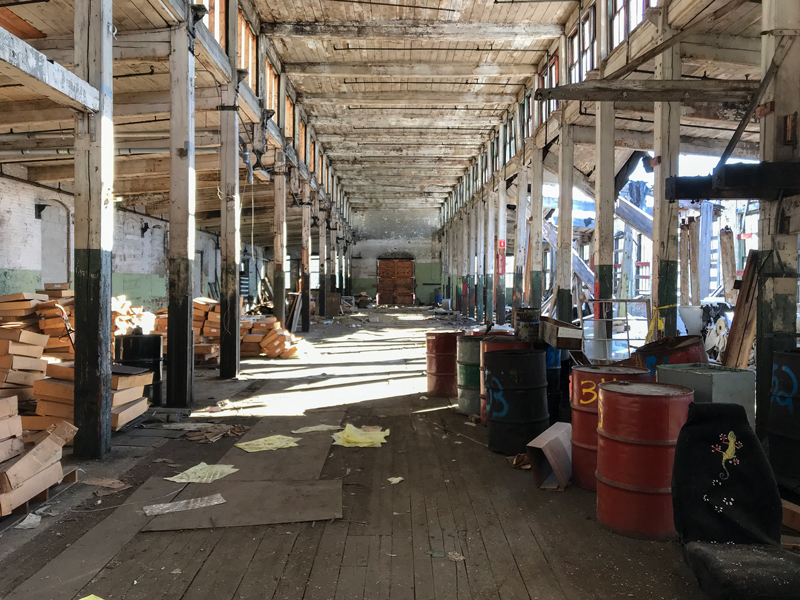 Funded primarily by state and federal government, this $1.2 million cleanup project became a successful team effort undertaken by government agencies, the owner, a local demolition and salvage contractor, and private companies such as ours. Only four 30-yard dumpsters of non-recyclable material from the interior had to be taken to the landfill. Most of the material on the site was recycled or re-sold.

The following were salvaged during the demolition process: 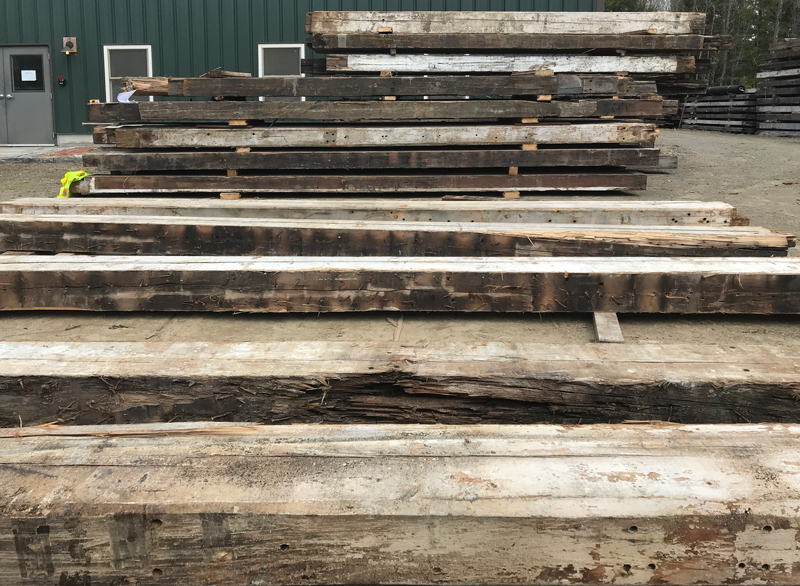 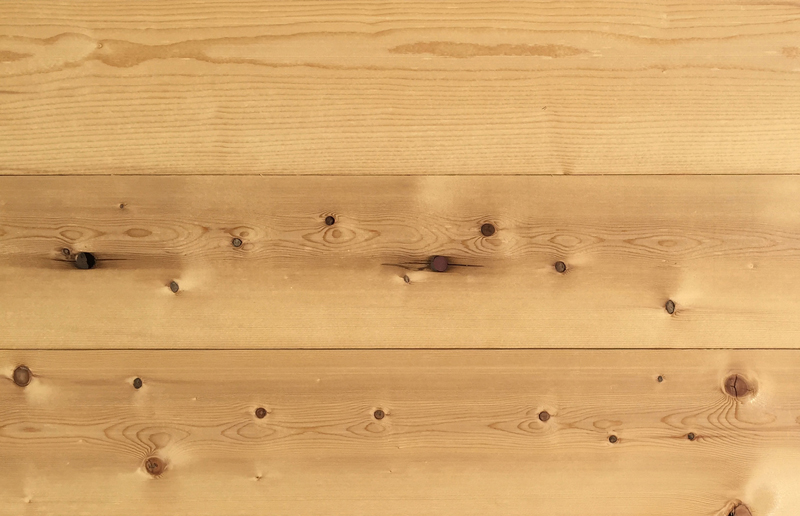 Photo credits: Top image was taken by Derek Strahan in 2018 and used in his post about Roberston Paper. We thank him for allowing us to use his image and encourage readers to visit his interesting and informative website LostNewEngland.com. The Rockingham Free Public Library's Cataloged Photograph Collection is the holding repository for the black and white photo above of the Robertson Paper Company in 1910/1920. The 1886 map of Bellows Falls, Vermont was created by L.R. Burleigh.