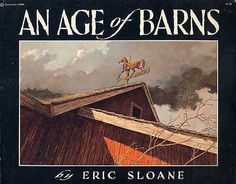 The reclaimed wood business is always turning over a new page. As new types of structures come of age and are eventually demolished, new species of wood and new types of building lumber enter the recycling stream. Good background research is, therefore, an important part of identifying possible larger and sustainable sources of reclaimed timber. These ten wood books are essential reads for American history buffs or reclaimed lumber businesspeople. 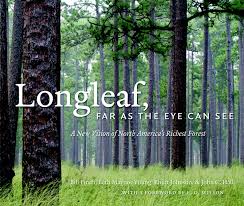 Longleaf, Far as the Eye Can See

This book is a tremendous collection of images, biological backgrounds, and histories of what was once one of the world’s largest contiguous ecosystems. More of a coffee table book than non-fiction prose, it is easy to pick up and put down at a moment’s notice. Any woodworker or sawyer working with reclaimed Heart Pine would (no pun intended) do well to learn about the longleaf forest. The destruction of these trees for building Industrial Revolution factories and warehouses was one of our country’s greatest failures in forest management. 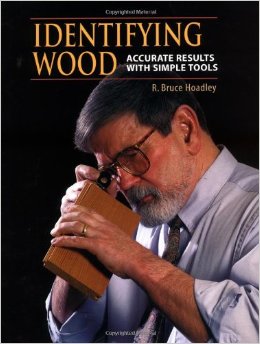 Most true wood nerds will already be well aware of this world-famous guide to identifying various species of trees after they have been sawn and milled into lumber. Identifying Wood is an especially important volume in the reclaimed wood business because of the random and varied nature of barn beams. While industrial structures were generally built of a single species of tree (longleaf pine or douglas fir, for example), barns were built from whatever trees grew nearby. That means every shipment of reclaimed barn beams could contain a mismatch of species that are not often commercially sawn. We occasionally see sycamore, Kentucky coffeetree, American elm, basswood, and other lumber at our mill in Berwick. Fun fact: two of Longleaf Lumber’s employees took classes with Mr. Hoadley. 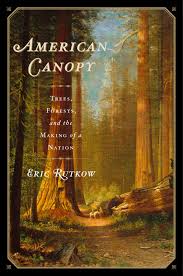 An awesome collection of America’s best lumbering stories, American Canopy is a page-turner from start to finish. A fondness for wood is not required to love this book. From the opening chapter on the accidental felling of the world’s oldest tree to the discovery of California’s giant redwoods, Eric Rutkow weaves together our country’s most significant bits of logging history. Different chapters of American Canopy can help reclaimed lumber users identify where and when their lumber was originally felled. The sawing of Northern New England and the Upper Midwest’s Eastern white pines, the Pacific NW’s firs and spruces, and the South’s longleaf pines are all described in quick and efficient overviews. 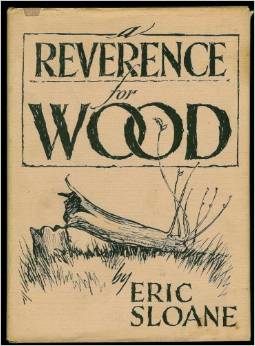 A Reverence for Wood

As far as we’re concerned, Eric Sloane is America’s greatest reclaimed lumber companion writer. With a number of beautifully illustrated and carefully-written books under his belt, the artist has chronicled Americana at its best – the tools, buildings, and values of agrarian societies past. In A Reverence for Wood, Sloane covers the diversity of early American use of lumber. A quick and easy read and a great coffee table book. This is a necessity for any reclaimed lumberpeople working with barn wood.

An Age of Barns

Another fantastic illustrated book by Mr. Sloane. Most sawyers and salvagers of reclaimed barn wood understand the beauty that is a hand-hewn and raised American barn. For those of us who don’t have the privilege of working with this reclaimed wood, Eric Sloane’s illustrations are the next best thing. Built with nothing more than a few metal tools and pure sweat, barns from Maine to Pennsylvania were the backbone of life outside the city. Now, as these barns are demolished, the recycled lumber, old photographs, drawings, and memories are keeping their spirit alive. Sloane’s An Age of Barns is a book that is sure to make its way into the historical and artistic record. A first printing hardcover version of this book is now quite difficult to come by. 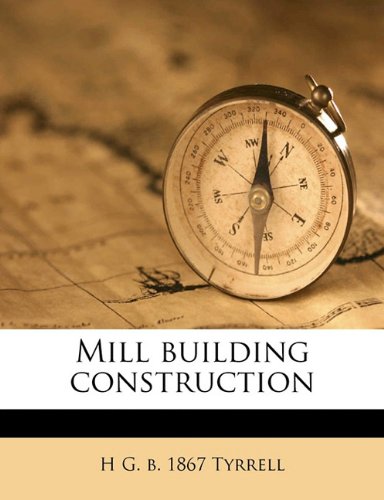 Having entered the public domain, this fascinating 1867 manual is now available in a scanned and re-printed version. Because a majority of Longleaf Lumber’s reclaimed wood is reclaimed from Industrial Revolution-era mill buildings in the American Northeast, this handbook is particularly fascinating for our employees. With detailed instructions on foundations, floor loads, roofing, and structural framing, H.G. Tyrrell’s Mill Building Construction is a worthwhile read for anyone demolishing or re-sawing the Heart Pine, spruce, white pine, chestnut, and other woods found in 19th-century industrial buildings. 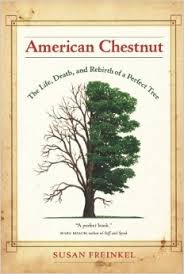 Most reclaimed woodworkers are familiar with the legendary American chestnut tree. Once comprising a full quarter of the canopy in the great Eastern forest, the fast-growing, strong, and easily worked tree provided food, lumber, firewood, and wildlife habitat for generations of Americans. Ever since a blight decimated the species in the early 20th century, American chestnut lumber has been available only as a reclaimed wood. This easy-reading book by Susan Freinkel tells the story of the chestnut tree in detail. 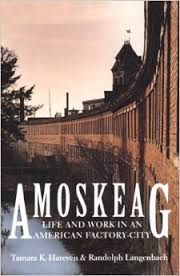 Manchester, New Hampshire, was the quintessential mill town. Founded for the explicit purpose of running water-powered textile mills, the town was built on the back of the legendary Amoskeag Company. This book is a sociological history of the people that worked in these mills and is an essential text for anyone working with lumber sourced from New England’s textile mills. A true connection with reclaimed wood comes with a fully contextualized understanding of the culture and people the wood was originally provided for and by. Amoskeag is the closest a 21st century American can come to understanding life in an Industrial Revolution textile mill town. 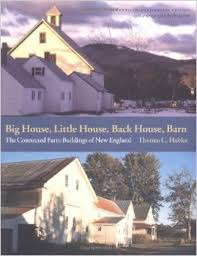 Residents of New England are likely familiar with this peculiar style of farmhouse. This book is a fascinating academic exploration of these unique structures, many of which are demolished or renovated today, yielding smaller amounts of reclaimed wood. Hubka’s brilliant detective work is accompanied by drawings, photographs, and historical record of many of New England’s most well-kept examples of the connected farm building. Because many of these buildings become preservation projects for homeowners, understanding the manner in which they were built is especially important for reclaimed wood salespeople, who often find themselves working within tight constraints defined by history, geography, and period architecture. 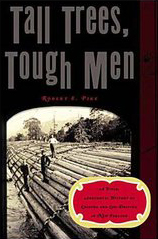 Ever wondered what it takes to get trees from the forest to your local lumberyard? This book is a page-turning log raft of hilarious and intense anecdotes. From the Lumber Capital of the World to Berlin, NH, Robert Pike chronicles the machines, people, and trees of Northern New England. Anyone reclaiming timber from New England cities and towns is well-served by understanding the severity of the work required to ship raw white pine and spruce logs from ‘up North’ to Boston-area retailers.