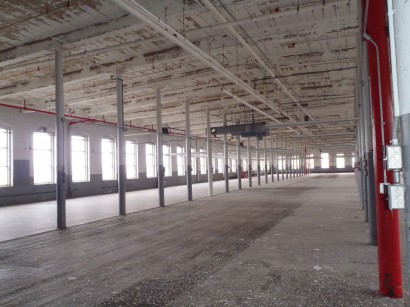 The old-growth Heart Pine timbers used to frame Warwick’s Elizabeth Mill building have been carefully removed from the demolition rubble and salvaged for resaw into flooring by Longleaf Lumber.

Demolished in early 2015, the Elizabeth Mill was constructed in 1875 by New England industrialist Thomas Jefferson Hill and named for his wife, Elizabeth C. Kenyon. The building was sited at 745 Jefferson Boulevard and was originally developed as a steam-powered textile mill.

The original footprint of the three-story building was 324 by 70 feet. An addition of 80 feet by 24 feet was included later in the structure’s lifespan. The mill’s tower was four stories in height and included a mansard roof which was removed or destroyed sometime prior to demolition.

The Elizabeth Mill was framed out with top-notch, heavy-duty longleaf pine beams, and sported a classic brick façade. The Heart Pine beams recovered and resawn by Longleaf Lumber will be de-nailed, sawn, kiln-dried, and finely milled into six different grades of flooring and paneling, including clear, vertical grain #1 Quartersawn Heart Pine. 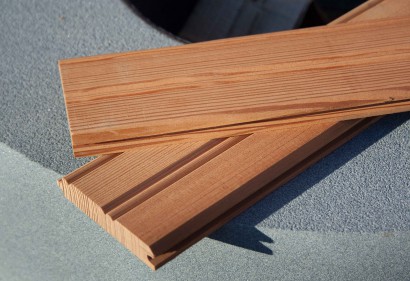 Inspired partly by developments in steam power that allowed mills to be built away from water power, the Elizabeth Mill at one time employed 265 individuals and operated 20,000 spindles, notably producing fine yarn threads. Raw material was shipped in via the Stonington Railroad. 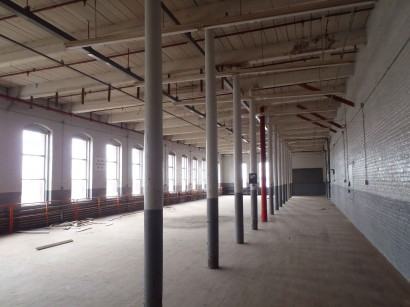 After demolition, a 300,000 square foot mixed-use building is planned for the site. Many of the architectural elements and features of the Elizabeth Mill are planned to be reused in the space. The cast iron stairs, some bricks, and some doors are scheduled for reincorporation.

our photographs of the demolition process 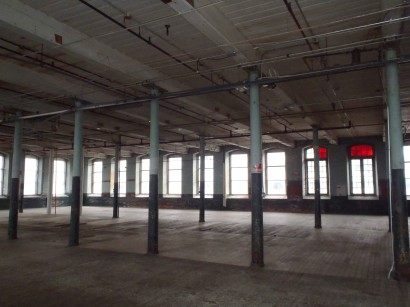 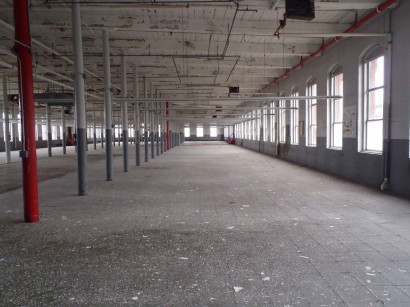 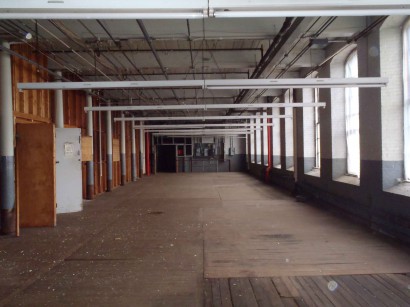 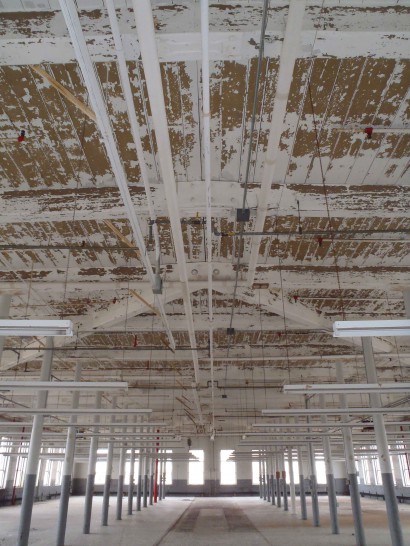 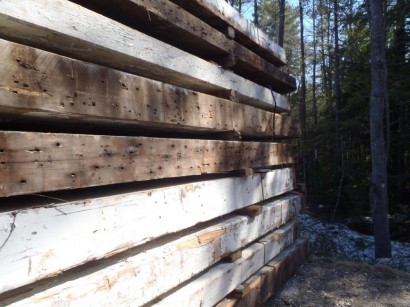