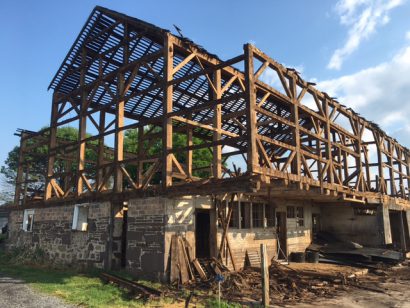 Like many barns, this beautiful, utilitarian building was constructed with beams from a still older barn that came before it. Resting on farm land in Everett, Pennsylvania, for well over 100 years, the Smith Barn has now been carefully dismantled and its timbers prepared for re-milling into reclaimed wood flooring. 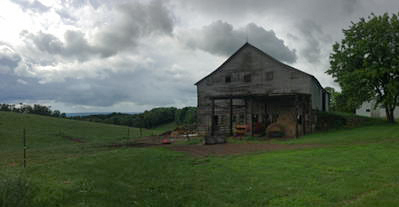 Demolition contractors estimate the original log crib barn on this site could have been built as far back as the 1700s. They know this because many of the beams are hewn on two sides and notched on their ends in the steeple – or ‘v’ – style, and would have been laid one directly upon the other in the usual local ‘crib’ method of the 18th century. Later, when the Smith Barn was built on the site in the mid-1800s, the crib barn logs were reused as the sleeper logs in the new structure.

The four-bay Smith Barn’s footprint was 45 feet by 75 feet and the structure was built entirely with hand-hewn beams and some cut nails. It was a two-story ‘Pennsylvania Barn’ – a type of bank barn characterized by entrances on two sides (an earthen ramp to an upper level and a ground entry to 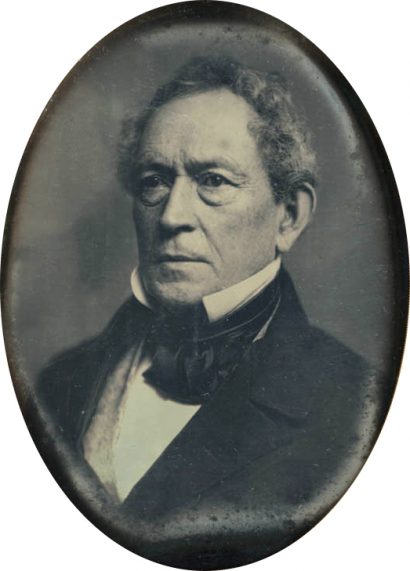 a lower level), a stone foundation, and a projecting forebay, or overhang. Beef cattle used the ground level while the upper floor held farm implements, straw and hale bales, and grains (in the granary, naturally). Windows were set into the foundation and additional necessary ventilation came from louvers within the siding.

The Smith Barn was located in the small, southern Pennsylvania town of Everett. The village was named after Edward Everett, a U.S. Representative, Senator, Secretary of State, Governor of Massachusetts, and Harvard University President, amongst other things. Recognized as a great orator during his time, Everett is best known for a lengthy two-hour speech he delivered at Gettysburg. President Lincoln followed Everett and delivered a two-minute speech, which has since become considerably more famous. Nestled into the Allegheny Mountains, the town of Everett is only 1.1 square miles in size. Bestselling author Dean Koontz was born there in 1945.

The careful dismantling of the barn allowed for all of the building components to be salvaged: rafters, siding, framing members, and flooring. Reclaimed white and red oak, hemlock, and white pine was loaded onto trucks and made the nine hour trip to our mill in Berwick, Maine, where it will be sawn, kiln-dried, and milled into reclaimed wood finished products. We look forward to seeing where they will travel next. 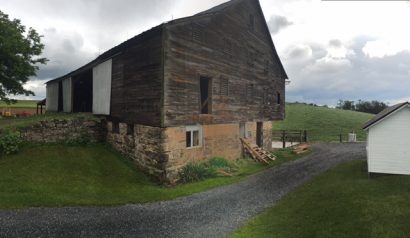 Photographs of the Reclamation Process 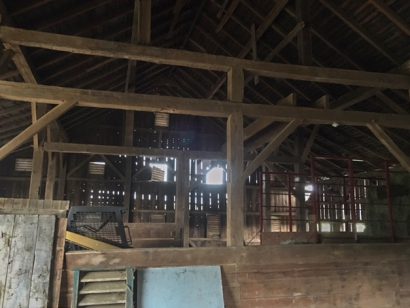 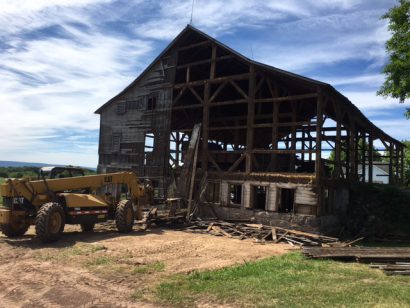 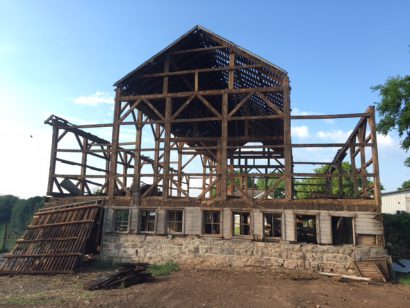 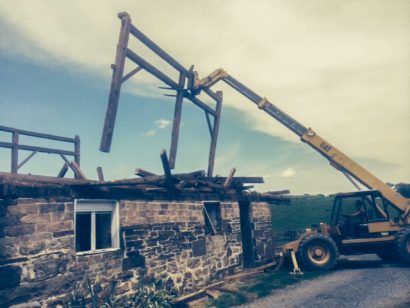 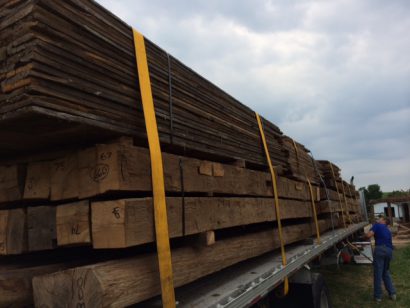 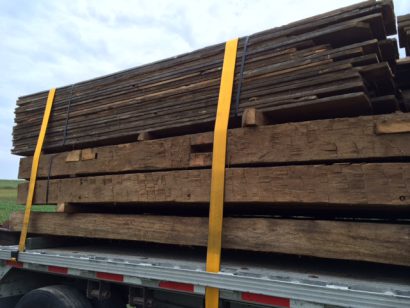 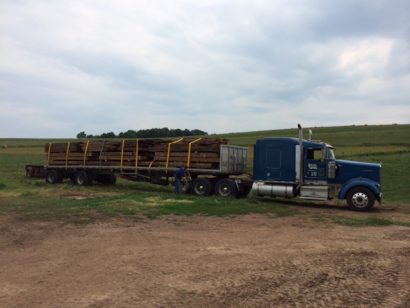 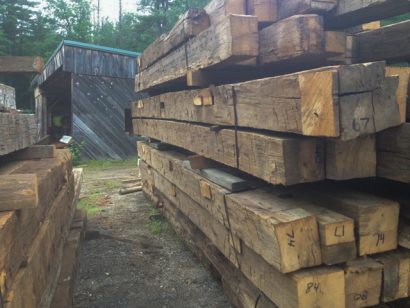