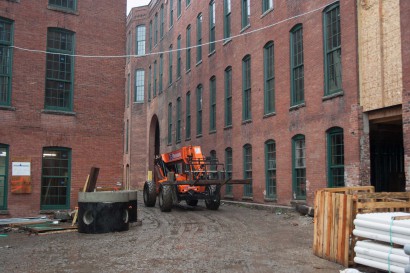 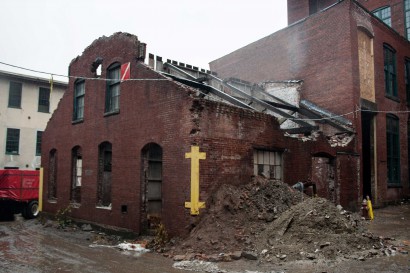 Situated directly to the west of a major railroad junction (and named as such), the Junction Shops mill complex was constructed piecemeal over the course of many decades. The earliest known industrial construction in the area began in 1851, while later buildings were raised in the 1910s.

The junction of the Boston & Maine and New York, New Haven & Hartford railroads was crucial to industry that occupied the stately wood-frame and brick-façade mill buildings in the Junction Shops area. Built to last, the densely-packed manufacturing structures range from one to four stories in height, and were sturdy enough to house famously indestructible and overbuilt American manufacturing machinery. Tenants included the Cereal Machine Company, the Knowles Loom Works, the America Steam Music Company, and the Heywood & March automatic bank lock company, amongst others. 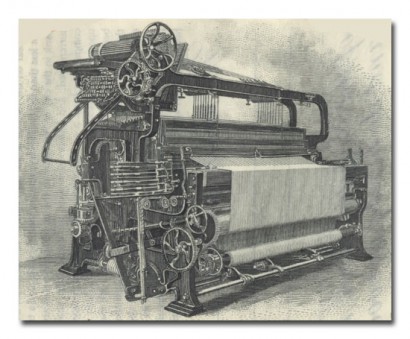 Officially known as 64-79 Beacon Street, the Junction Shops redevelopment project that yielded our reclaimed Heart Pine timbers is transforming the mill buildings into approximately 181 loft-style apartments. In order to take advantage of important tax breaks, the developer is carefully preserving the industrial site, which hosts some of the finest examples of 19th-century industrial building in the region. One small portion of the complex needed to heave beams removed for structural reasons.

This one and one-half story structure, which was likely built between 1878 and 1886, was framed out in old growth Heart Pine timbers. The beams were carefully salvaged to preserve the wood, which will be recycled into Heart Pine flooring and other millwork products. The process of reclaiming the wood also uncovered a small number of douglas fir timbers, perhaps used in repairs or later accessorial building work. 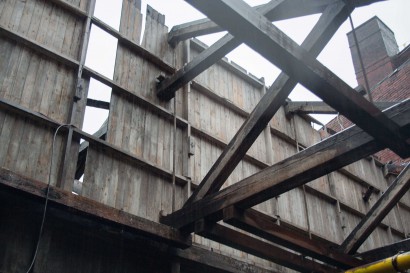 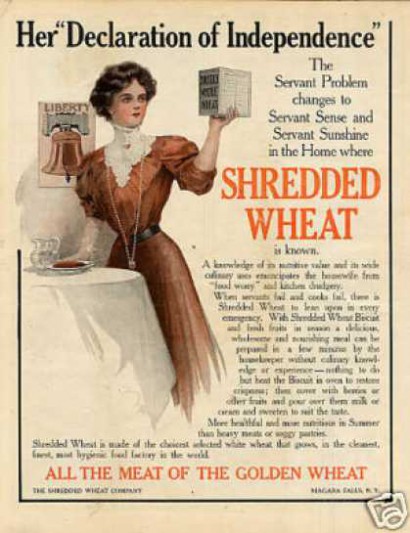 As far as we can tell, the building was almost certainly used by the Junction Shops’ most famous tenant: the Cereal Machine Company.

In the early 1890s, entrepreneur Henry Perky and engineer WIlliam Ford started the company to sell machines for manufacturing their newly-invented shredded wheat biscuits. After Perky received a patent for his cereal machine, he determined manufacturing the breakfast biscuits to be more profitable than selling the manufacturing equipment itself. Perky subsequently opened a bakery in the Junction Shops complex. By the time Perky had retired in Maryland, he was a self-made biscuit millionaire.

our photographs of the reclamation process 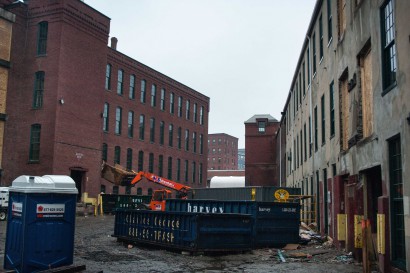 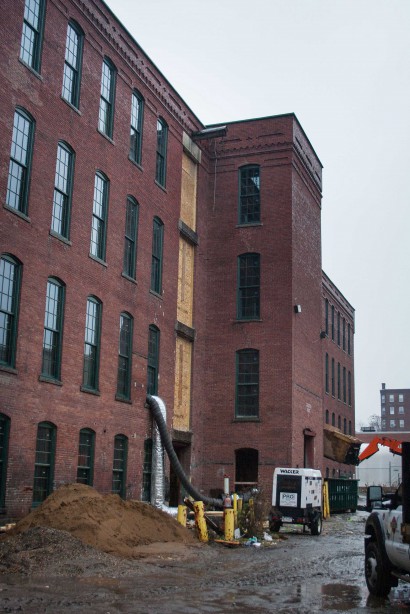