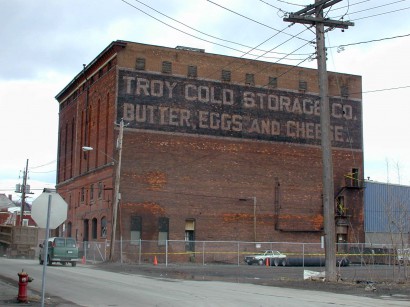 Back before bovine growth hormones and factory chicken farms, dairy products were brought in from family farms and consolidated in places like the Troy Cold Storage building. 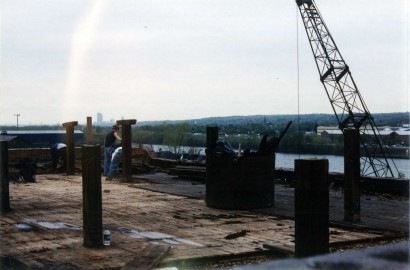 Built in the early 1900s, this building abutted Troy’s legendary bell foundries, one of which remains directly adjacent to this site. Long a visual landmark from New York’s Northway, this building was collapsing on two sides when demo bidding began. Because Troy’s sole remaining bell foundry – a registered landmark – sat directly under one of the collapsing eight story walls of this building, both the city of Troy and demolition contractors were anxious about how to proceed with the project. In the end, the top floors were dismantled – literally – by hand. 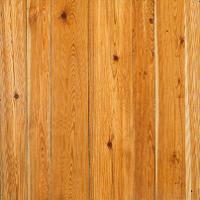 The building was constructed of Longleaf Pine beams and joists which have retained a very bright color due, we think, to the constant moisture of the building. Also, because the building is being dismantled with extraordinary care, the brick that is being salvaged is of a very high quality.