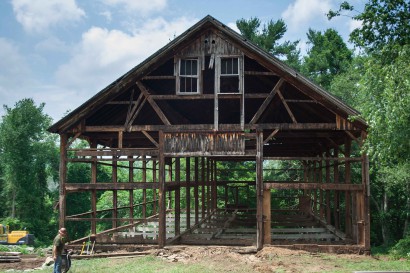 What a big, beautiful building it was. This barn was built in the dead center of Massachusetts, in one of the Commonwealth’s prettiest small towns: New Braintree. The woods we’ve reclaimed from this barn complement perfectly the character of this small, bucolic village. 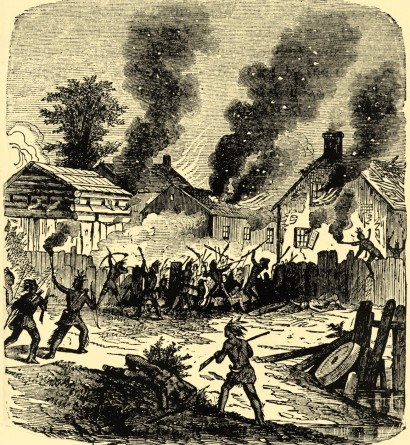 New Braintree was first settled as the ‘Quaboag Plantation’ in the late 17th century. After peaceful co-existence between American Indian tribes and English settlers living on the Quaboag, King Philip’s War erupted in 1675 and violence scarred the area. The New Braintree area of Quaboag was abandoned for years, with wary settlers trickling back only in later times.

The town was incorporated in 1751 and the land has since been farmed extensively – primarily for dairy. By the 19th century, New Braintree produced over 200,000 pounds of cheese annually. Most of the dairy products, as well as beef, were bound for market in Boston. In the 19th century, cows outnumbered human residents of New Braintree two-to-one.

Today, New Braintree is home to about 1,000 people. The town continues to value its rural farming character: there are eight working dairy farms, one commercial orchard, and several produce farms.

This particular barn weighed in at four and a half stories, including the basement. Built into the side of a hill on McKay Road and shored up with a piled stone foundation, the building allowed animal and human access from two separate stories, and featured storage on upper levels. 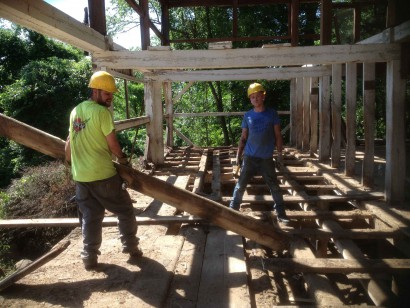 The barn was framed with circular-sawn hemlock beams and windbraces, and decked out with a mix of American chestnut and spruce barn wood. All of the chestnut decking was square-edged and heavily worn. The spruce decking in the middle lane of the barn was tongue-and-groove and likely replacement material for dangerously worn chestnut pieces.

Many of the interior beams built into the barn were hewn or sawn American chestnut, left round on either three or two sides. These pieces are especially beautiful and will be milled into reclaimed wood mantels and live edge countertops or shelves.

The barn siding was removed carefully and by hand; it was built into banded packs on different levels of the barn and lifted off via telescoping forklift. The non-structural American chestnut beams were lifted with strap and chain from the building by the same machine. Doors were carefully removed by hand. Finally, the building was toppled via an excavator fitted with a custom-built demolition mace.

The centerpiece of this barn was located in the basement. A wooden trough likely used for cow feed, the box was built from solid American chestnut planks and located in a custom-built recess in the foundation. The box was lifted from the basement in one solid piece via strap and machine.

The basement level of the barn also featured a spring-fed watering area with fresh, clean water flowing constantly through the building. The water’s source was a well further uphill, which was then channelled through the owners’ farmhouse (which was never electrified, even when power arrived in the ’30s) and redirected through the barn. 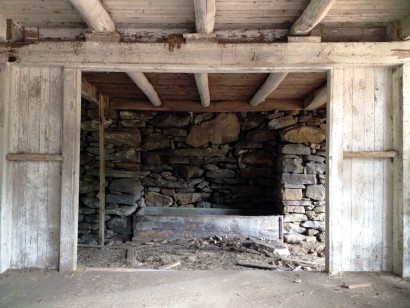 This magnificent barn absorbed local history for decades. We are so fortunate to be able to reclaim the woods that were used to build it: oaks, American chestnut, hemlock, spruce, and other softwoods were all sawn, hewn, and used in the construction of the barn’s frame, deck, siding, and doors. It was a beautiful building and we’re so glad its parts will be reused to live on as recycled building materials.

Our photographs of the reclamation process 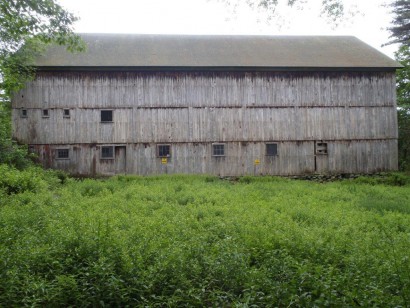 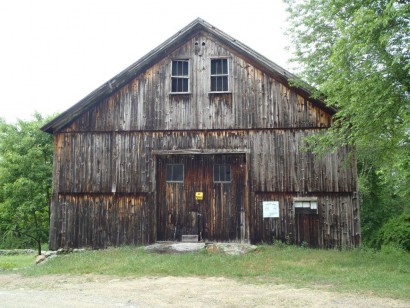 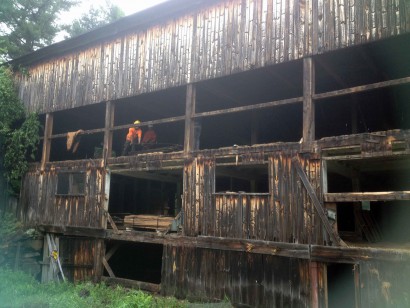 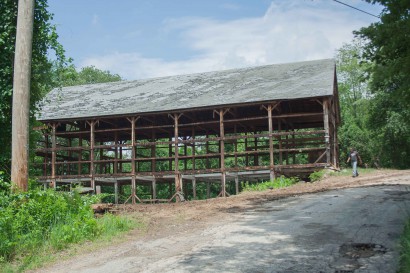 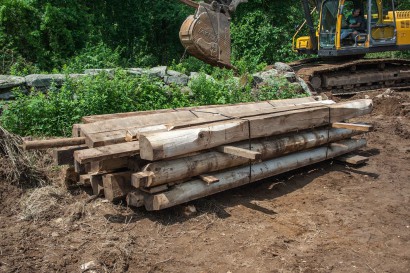 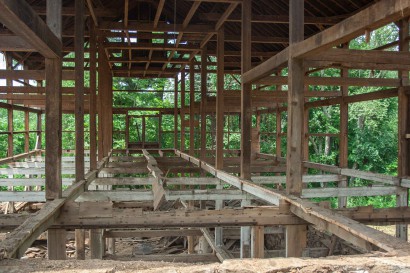 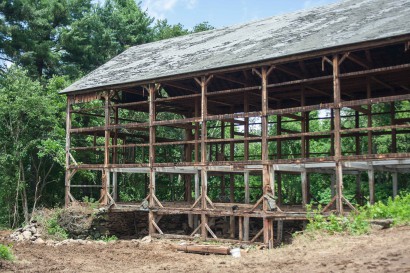 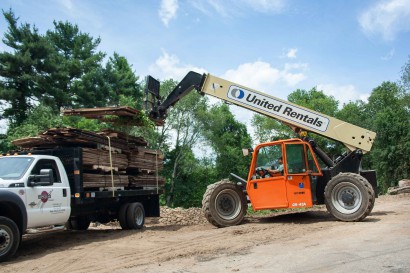