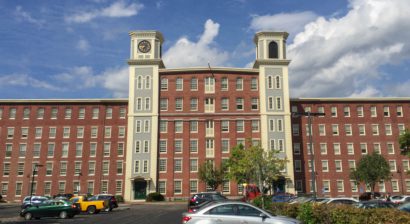 The Picker Building was one of the last structures built as part of the Massachusetts Cotton Mills complex in Lowell, Massachusetts – birthplace of the American Industrial Revolution. Today, the Picker Building is one of Lowell’s final mill structures to be renovated for alternate use. The brick walls will soon contain 70 new apartment units for moderate- and low-income families. 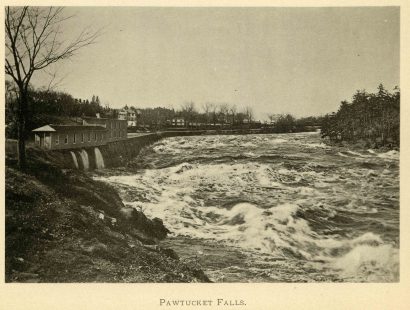 The mile-long falls on the Merrimack River drop 32 feet before the waterway rounds a bend and joins the Concord River. The potential these falls held for water-powered manufacturing was obvious to 19th century industrial entrepreneurs and drove the construction of a planned industrial city and the largest power canal system in the country. All told, the network was 5.6 miles long with six major canals on two levels. Hydro power is still generated here today.

The city of Lowell was incorporated in 1836 as the textile business began to boom. In order to fill the thousands of new mill jobs, young girls were recruited to Lowell from farmlands and immigrant workers were hired as they began migrating to the area. Boarding houses were built and workers – mostly young women – were promised decent daily wages. By 1850, Lowell had become the second largest city in the Commonwealth of Massachusetts, with over 10,000 resident workers producing 50,000 miles of cloth each year.

The city of Lowell is named for businessman Francis Cabot Lowell. Credit for the city’s success can be attributed, in part, to Mr. Lowell’s good memory. In 1814, Lowell helped establish the Boston Manufacturing Co. on the Charles River in Waltham, MA. Fours years earlier, Lowell had traveled to Scotland and England, where, unable to buy drawings or models of the power looms he saw there, he secretly studied the machines and memorized their intricate workings. He returned to Massachusetts with his memories and built his own looms, improving upon the memorized designs. After his death, the Boston Manufacturing Co. expanded their operations, building a Lowell mill complex in 1823.

In 1839, John Lowell (Francis Cabot’s son) helped organize the Massachusetts Manufacturing Co.. By the time this corporation finished the massive Massachusetts Mills buildings in Lowell, the structures were some of the last of their kind in the area. Constructed between 1839 and 1911, the mill complex produced coarse white cotton goods until 1893, when they began to expand their product line. By 1926 the Massachusetts Mills were producing over 300 kinds of material. 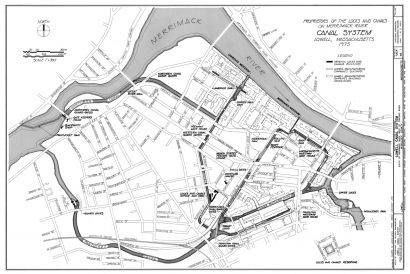 At the end of the 1800s, river fill was used to create land at the complex where the Mass Mills Picker House was built. Cotton arrived at the mills in bales and was then unwrapped and cleaned of stones, seeds, and sticks by machines called pickers. Because these machines worked so quickly, the danger of fire was very high. The picking machines were, therefore, often separated from the rest of the complex in their own building. The Mass Mills Picker House was built in three stages: Section 9 in 1892, Section 10 in 1904, and Section 11 (plus an additional top story to Sections 9 and 10) in 1911. All three red brick sections were of load-bearing masonry construction with a low pitched roof, common bond brick pattern, and rock-faced granite trim. Virgin Heart Pine timber was shipped from the South for much of the interior structural members. 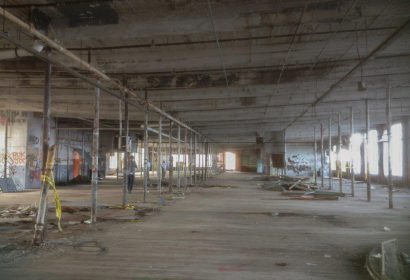 In 1989, Mass Mills undertook an ambitious adaptive reuse project, converting a part of the complex into a residential community of 182 apartments. Both project developers and civic leaders were interested in continuing renovation at Mass Mills, aware of safety issues in the remaining vacant mill buildings. In 2009, a young trespasser fell through six floors of the still vacant Picker House, injuring himself severely, and a 2012 fire at the site further strengthened resolve to continue adaptive reuse momentum.

Today, the Picker House is one of the last mill-type structures in Lowell to be transformed from industrial building to residential apartments, with construction work on the 70 units scheduled for completion at the end of 2016. The project was delayed for years due to complications. One such challenge was the lack of emergency vehicle access to the site, which conflicted with the need to preserve a certain percentage of the original building in order to secure necessary government funds. A solution was reached when Section 10 – one third of the structure – was slated for demolition, satisfying both requirements while also creating a new courtyard space.

As Section 10 is being dismantled, high-quality reclaimed southern yellow pine timber is being carefully salvaged by the demolition contractors for the project. Large 12″ x 16″ x 23′ Heart Pine beams and Heart Pine decking are being removed from the site and delivered to our mill in Berwick, Maine. Once there, the wood will be sawn, dried, and milled into finished flooring and other milled goods. 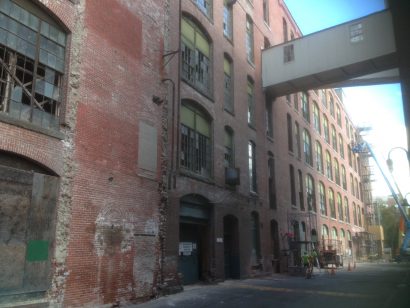 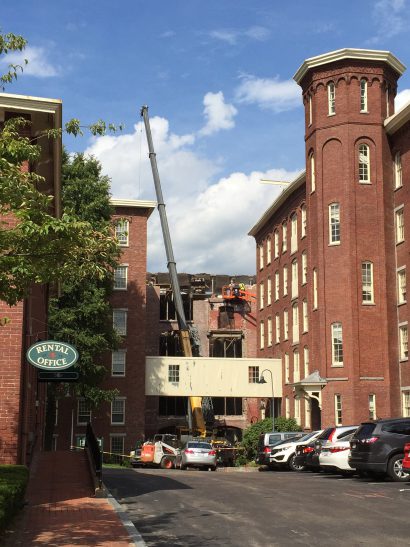 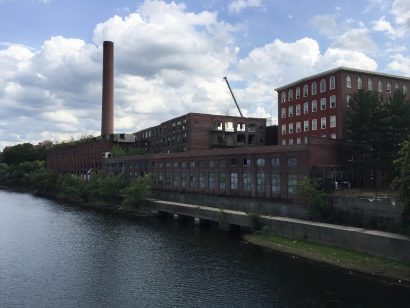 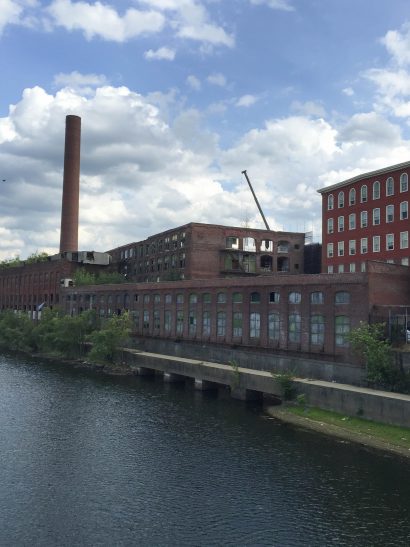