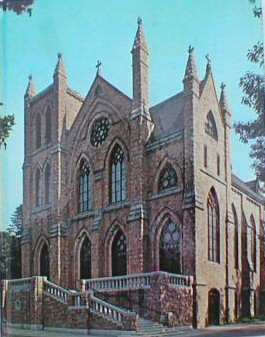 In a delicate salvage operation, Longleaf Lumber reclaimed hundreds of ash wood church pews from the basement of St. Mary of the Assumption church in Dedham, MA. 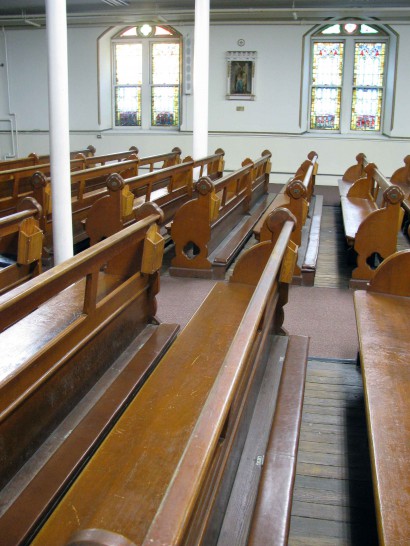 Construction of St. Mary's began with the laying of a cornerstone by Archbishop John J. Williams in 1880. The cornerstone ceremony attracted hundreds of the Boston-area faithful, requiring the chartering of a special train from Boston and the services of over 100 choir singers. The construction of the church was a great local sign of religious diversity and unity; the Dedham granite was donated to the Catholic church by Protestant community members.

In 2010, when St. Mary's began renovating their basement service area, Longleaf Lumber was called in to evaluate the possibility of saving the lumber used in the construction of the church pews. The visit went well, and we signed the papers to reclaim thousands of linear feet of ash wood church pews. 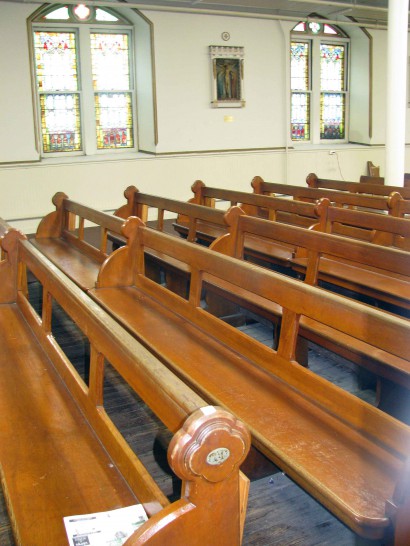 During the salvage operation, the decision was made to save the pew ends as well. While not suitable for re-milling into reclaimed lumber, the individually-numbered pew ends were interesting stand-alone architectural artifacts that we hoped someone would be able to use.

After being milled down to a workable dimension, the pew material was sawn into boards for tabletops, countertops, and flooring. Much of the reclaimed ash was cut into bread board and serving board blanks, which were then hand-routed to accommodate custom drip channels. These boards are still seeing service at Newton's Sycamore restaurant and Cambridge's Brick & Mortar bar. 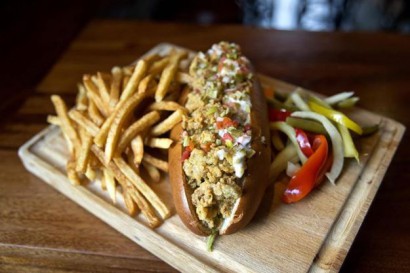 The narrower salvaged rails and bench backs - also ash wood - that were salvaged from the project have been milled into thin, strip-style planks for assembly into countertops and wall paneling in a Boston-area fast food chain.

This was a great job and a tremendous way to recycle building materials that are typically directed to the landfill. The only downside to the project has been the addition of an unbearable quantity of 'Ash Wednesday' puns to our already overtaxed repertoire.